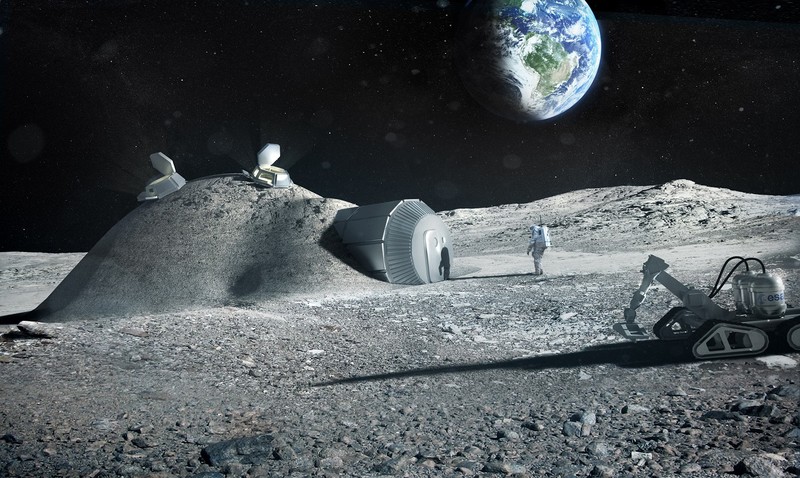 Despite initial aspirations and hopes for mankind to both step on the Moon again or venture to the next planet in line, NASA can only afford one mission to either Mars or the Moon. Former director of National Aeronautics and Space Administration Goddard Space Flight Center, Tom Young, has taken the time to talk about the reality of achieving these longtime goals of humanity.

It is a known fact that the reason NASA hasn’t sent any human expeditions out to the Moon for 44 years for example. Manned missions such as that not only take a huge amount of time and preparation to get going, but are also ridiculously expensive (billions of dollars at least) and right now not much else than a reason for humans to be able to say they stepped on a different planet or satellite, depending on case.

Although NASA has been actively advertising its ‘Journey to Mars’ campaign and also considering returning to the Moon for the first time in decades, Tom Young has openly stated that it’s very clear to him and the NASA organization that doing both is not something they can afford, having to focus their attention on just one of the two options.

While the moon has been a dreamed-of destination for mankind for decades, Mars still remains that one place where our species has yet to set foot on. A trip to Mars is a lot more difficult than it sounds on paper for a wide variety of reasons, beyond the mere financial and technological limitations. A trip to Mars would have to be done only at specific moments throughout Mars’ and the Earth’s movement along their orbits to minimize the time it actually takes for a spacecraft to reach it. At best, a flight to Mars could take 6 months. At worst, nearly 2 years.

NASA released a report called ‘Pathways to Exploration’ in 2014, in which it realistically stated that a manned expedition to Mars would be possible in the next 20 to 40 years, with the base expense of half a trillion dollars for it. Tom Young also made a point regarding the dire need for humanity to not give up their ambition for manned outer space exploration, but not at the cost of making frivolous plans, especially when so much money is at stake.

However, another ‘back-up’ plan that NASA has thought of is ‘a pit stop at the moon’ in humanity’s quest to reach further parts of our solar system. Instead of making the direct trip from Earth to Mars, establishing a moon base could help humans learn how to survive in alien worlds and develop technologies that would allow them to be more prepared for more ambitious plans such as Mars.