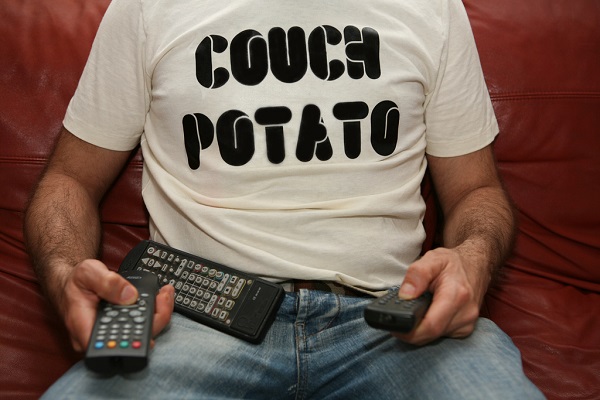 People with a sedentary lifestyle that sit for longer than 30 minutes at a time present a higher mortality risk.

Having a sedentary lifestyle and failing to stretch for more than 30 minutes can increase the risks of early death, according to a new study. Although not the first research to target this year, this one nonetheless attempts to rectify the limitations of previous such analyses.

This latest research monitored about 8000 Caucasian and Africa-American participants over a period of seven days. All those involved in the study were aged 45 or older. Accelerometers placed on their hips helped monitor each person’s periods of activity and inactivity throughout the day. A follow-up four years later revealed that 340 of the participants had died.

By analyzing the collected data, the team determined that the participants that had a less than 30 minutes bout of inactivity presented the lowest risks of early death. In contrast, for people with a sedentary lifestyle, for every half hour of inactivity, their risks of an early death rose by around 19 percent.

Closely monitoring the participants helped determine their median sedentary pattern, which established to be of 12.3 hours in a 16-hours day. Each of their sedentary bouts was established to extend, on average, for 11.4 minutes.

Study Limitations and Measures Against Them

The analysis also took into account the age, race, sex, BMI, and exercise habits of the participants. These helped determine that the length of a sedentary bout was also important and a factor in the spike in mortality rates. This comes beside the total number of hours spent in a sedentary way, which was already included.

“We furthermore studied how long is too long for sitting bouts. We found that those individuals who frequently kept their sitting bouts to less than 30 minutes had a lower risk of death,” stated Keith Diaz, the study lead and part of the Columbia University Medical Center.

This also reportedly continued by saying that people that sat for more than 13 hours every day presented a 200 percent higher risk of death.

As it is, researchers not part of the study point out that one of the limitations of this study is the fact that the results can vary according to the health levels, ethnicity, and race of the people.

Still, specialists do agree with the study’s advice of stretching or standing or moving around at regular intervals.

Current research findings are available in the journal Annals of Internal Medicine.