Deprecated: define(): Declaration of case-insensitive constants is deprecated in /home/argyllfreepress/public_html/wp-content/themes/epik-tgc/functions.php on line 6
 Rare Occultation Will See The Moon Block Out A Bright Star And Three Planets 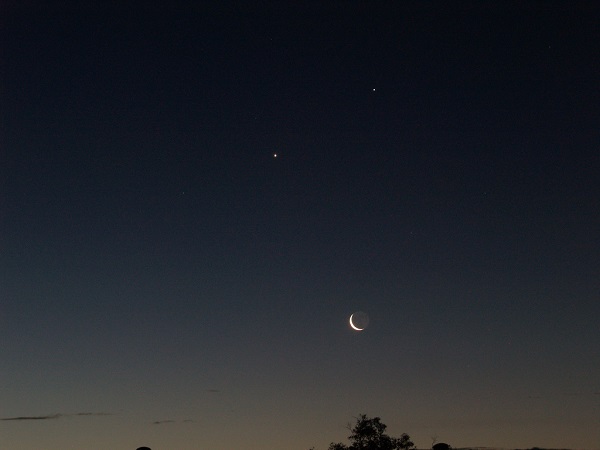 A rare occultation event is taking place on September 18 as the Moon will obscure three planets and Regulus.

On September 18, sky gazers will be able to follow a rare event, a celestial occultation which will have the Moon blocking out three planets and also a bright star. Astronomers use the term “occultation” to describe the event of one celestial body blocking out another space body.

The Rare Lunar Occultation not to Repeat Until 2036

According to reports, lunar occultations are a rare phenomenon. The latest known such event, in which the Moon obscured three planets, took place back in 2008, almost a decade ago. However, the next such sighting is projected for more than a decade from now, namely, in 2036.

On September 18, the Moon will be obscuring from view, in this order, Venus, the bright star Regulus, Mars, and then Mercury. As the Earth’s natural satellite, the moon passes in front of other space objects on quite a regular basis. However, such a planetary alignment is a rare event.

The event was noted to have started at 1 a.m. UTC with Venus continued with Regulus at 5 a.m. UTC and Mars will follow at 8 p.m. UTC, and then Mercury at 11 p.m. UTC.

This event will be and is most visible to people living in Indonesia, Australia, and New Zealand. Sky gazers residing in North America can still follow the phenomenon, even if it will mostly be taking place during the daylight hours. Come evening, the rare occultation should be visible to any interested viewer that has access to a telescope.

These will simply have to follow the Moon and observe it as it moves across the sky. In its path, it will be obscuring Mars and Mercury. The three planets and star were aligned in a slightly askew diagonal.

Regulus, the star in question, is one of the 22 known “first magnitude stars”. They were named like this thanks to their property of being among the brightest stars in the night sky. The Moon can occult only four of these 22 space bodies. The three others,  besides Regulus, are Antares, Aldebaran, and Spica.