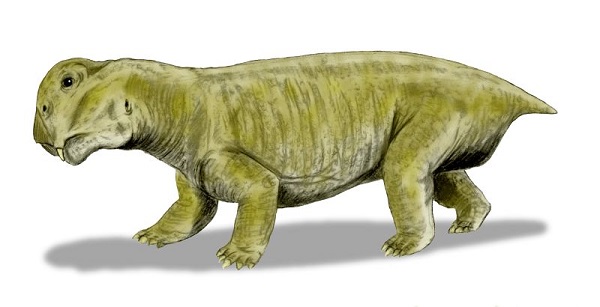 The Lystrosaurus survived the biggest mass extinction on Earth

About 252 million years ago, a mass extinction shook our planet, and led to the disappearance of 70 percent of the vertebrates living on land. However, a tusked mammal was among the survivors. This mammal, called Lystrosaurus, might hold the secret of survival in case another mass extinction hit planet Earth.

Earth was shaken by many mass extinction events

At the end of the Permian era, Earth was shaken by the mass extinction known as “The Great Dying”. Since so many species were wiped out and biodiversity suffered a massive blow, our planet was dominated by disaster faunas. This means that there were few species living in certain ecosystems, and the Lystrosaurus was one of them.

This Lystrosaurus was one of the earliest mammal ever known, and its fossils have been found spread all over Africa, Antarctica, Russia, India, and China. A team of researchers decided to study the evolution of this species and of biodiversity in general, and looked at the changes suffered by a number of 900 species which lived on the ancient supercontinent Pangaea starting 260 million years ago, up until 175 million years ago.

The Lystrosaurus survived one of the biggest mass extinctions on Earth

During this period, two mass extinctions took place, and it also coincided with the rise and fall of dinosaurs. However, these extinctions didn’t only lead to the disappearance of a huge number of species. The entire globe came to be dominated by the few survivors left.

Such events play an important role in the evolution of species, and contributed to their ability to survive similar future occurrences. By looking at the survival mechanism of the Lystrosaurus, researchers can find out how animal distribution changes when facing natural disasters of huge extent.

Because of the intense human activity which destroys natural habitats, our planet is again passing through a mass extinction event. Therefore, the Lystrosaurus can show us a possible model of the ecological changes which are to come. The details of the study have been published in the journal Nature Communications.
Image Source: Wikimedia Commons