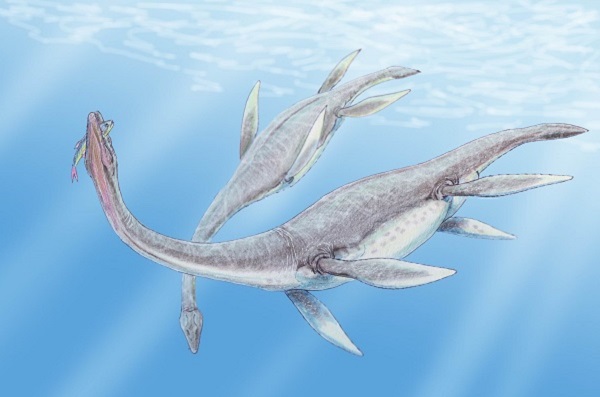 The remains of a 150 million-year-old Plesiosaurus have been uncovered in Antarctica.

Scientists from Argentina have recovered the remains of a plesiosaurus in Antarctica. The gargantuan marine carnivore is believed to have roamed the waters surrounding England, Russia, and Germany 150 million years ago. What’s more interesting is that the fossil bears an uncanny resemblance to the Loch Ness monster, the same creature that is believed to be alive to this day. The predator is the first of its species located in Antarctica and the most ancient prehistoric creature found on the continent.

According to paleontologist and main author of the study, José Patricio O’Gorman, the plesiosaurus remains are 80 million years older than what Antarctica was previously thought to contain.

“It was the first paleontological campaign that we carried out in this outcrop that is like a frozen sea of 150 million years in an excellent state of conservation,” said the Museo de la Plata and CONICET researcher.

According to O’Gorman, they discovered the predator’s bones at the tip of Antarctica, a two-hour helicopter ride from Argentina’s Marambio Base. Hundreds of millions of years ago, Antarctica was part of the Gondwana supercontinent, which included New Zealand, Australia, India, Madagascar, Africa, and South America.

Once the remains were brought to the Buenos Aires’ University of La Matanza, the researchers quickly noted the fossils’ near perfect state of preservation. This is very hard to achieve in Antarctica, according to the researchers, mainly due to the continent’s harsh climate.

The plesiosaurus measured up to 12 meters in length, had an imposing body, and an elongated neck. It used its four fins to quickly maneuver its weight through the water to catch fish. The longest plesiosaurus to ever be unearthed stretched as long as 39 feet.

The study was published in the journal, Comptes Rendus Palevol.