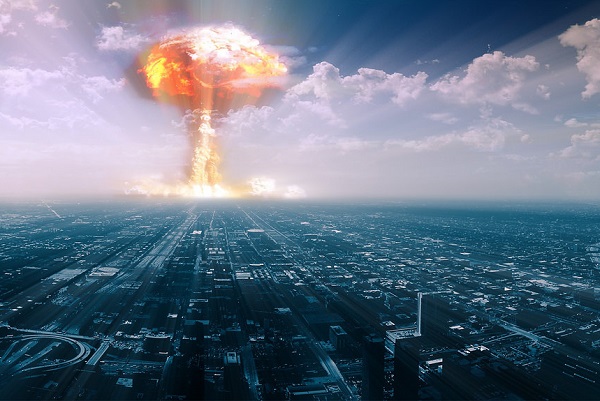 The Doomsday Clock is now two minutes to midnight.

World annihilation is just two minutes away, according to the symbolic Doomsday Clock. A panel of scientists moved the hands of the clock 30 seconds closer to midnight, the metaphoric hour of nuclear apocalypse. The move was prompted by President Trump’s stance on nuclear weapons as well as his rhetoric regarding climate change.

“We are very concerned with the unpredictability of the United States and how it’s thinking of its nuclear weapons,” said Rachel Bronson, the president and CEO of the Bulletin of Atomic Scientists.

The Bulletin was founded by researchers who helped develop the first nuclear weapons during the Manhattan Project. According to theoretical physicist Lawrence Krauss and founding director of the Energy Policy Institute at the University of Chicago, Robert Rosner, the world remains as volatile as it has been since World War II. More so, the two scientists claim that the Doomsday Clock “is as close to midnight today as it was in 1953” when the Cold War reached its peak. In 1953, President Harry Truman announced the US had built a hydrogen bomb.

Bronson noted how nuclear weapons were the main talking point of this year, specifically North Korea’s nuclear weapons program as well as other “huge nuclear investments” made by Russia, China, Pakistan and India.

The Bulletin also warned that increasing temperatures require urgent action now. They urge country officials from around the world to cut down on greenhouse gas emissions to prevent further damage to the planet.

The Doomsday Clock started “ticking” at the start of the Cold War in 1945, and has become a global symbol for the world’s vulnerability to destruction from nuclear weapons, climate change, and dangerous technologies.

However, Bronson still believes there is hope for the planet if these issues are tackled in a timely manner by the world’s governments.