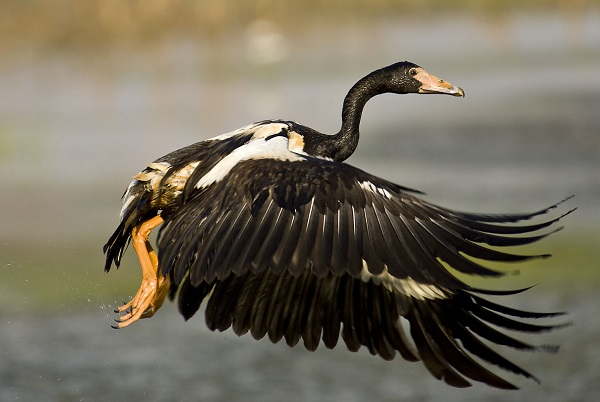 A new study suggests that warm-blooded animals are likelier to adapt to climate change.

Warm-blooded animals such as mammals and birds have a better chance of surviving climate change, according to new research.

“We see that mammals and birds are better able to stretch out and extend their habitats, meaning they adapt and shift much easier,” explained lead author of the study, Jonathan Rolland from the University of British Columbia in Vancouver, Canada.

To come to this conclusion, Rolland, and his colleagues combined data from current habitat distribution, genetic information, and fossil records of 11,645 species. The information helped them to reconstruct where animals have lived over the past 270-million years as well as the required temperatures they needed to survive in these regions.

Throughout Earth’s evolutionary history, cold-blooded animals such as reptiles and amphibians fared worse when trying to adapt to the shifting temperatures. The best example was when a giant asteroid lowered the planet’s temperature, causing most non-avian dinosaurs to perish. Warm-blooded land mammals, on the other hand, continued to thrive and evolve up to modern times.

According to the study, climate change has already put in motion another mass extinction event akin to the incident which occurred 66 million years ago.

Researchers revealed that Earth’s temperature decline would only force mammals and birds to adapt by moving to warmer habitats. For example, the planet was significantly warmer 40 million years ago, making it an ideal place for many animals species to live. Once the Earth began to cool down, birds and mammals moved in the more northern or southern regions.

Rolland said that this might explain why there are so few reptiles and amphibians in the Antarctic or even in regions with temperate climates. Cold-blooded creatures are also able to adapt to their climate, however, it takes a lot longer for them to thrive in different habitats than their warm-blooded counterparts, he added.

The study was published in the journal, Nature Ecology.