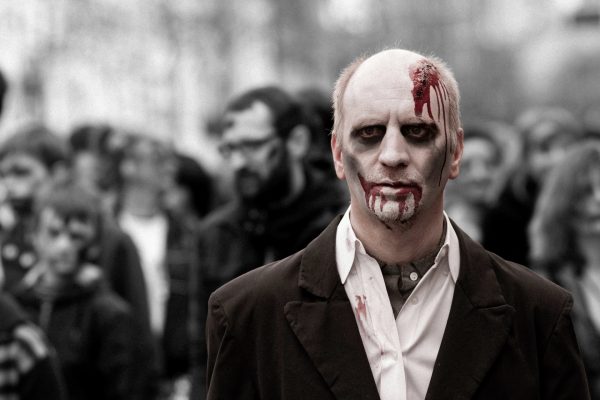 Fort Worth and Terminus residents were told that zombies were on the prowl.

How are you preparing for the zombie apocalypse? Well, if you were a Fort Worth resident, you would have gotten a chance to test your zombie survival skills. Last week, during a power outage, Fort Worth residents were advised to stay indoors on account of zombies.

Zombies Sighted on the Streets of Forth Worth, Authorities Declared

Picture this – Sunday evening, around 2 a.m., power goes out. You stumble around in the dark, desperately trying to figure out why the lights went out when you hear a voice over the emergency broadcasting system.

Nothing strange so far, until the announced mentions something about looking out for the undead. Yes, you read that right.

On Sunday, at 2 a.m., Forth Worth residents were warned to stay inside their homes as the walking dead were roaming the streets.

We managed to obtain the complete message.

Power outage and zombie alert for residents of Lake Worth and Terminus.  There are now far less than 7880 customers involved due to extreme zombie activity. Restoration time uncertain.

Although unlikely, the message managed to stir the spirits, pun intended. Fortunately, the authorities managed to ‘deal’ with the zombies. Power was restored after approximately 30 minutes.

The following day, Ben Kerr, a city council spokesperson, declared via Facebook that residents have no reasons for concern because there never was a zombie apocalypse – just an electrical grid that blew up.

Incidentally, Terminus is the city where the popular “The Walking Dead” show is being filmed.

The authorities said that the fake report would be investigated. However, given the fact that the filming crew is still in the city, it’s not hard to imagine someone seizing the opportunity to pull off an epic prank.

So, if you’re even in Terminus or Fort Worth, don’t forget to look out for zombies.