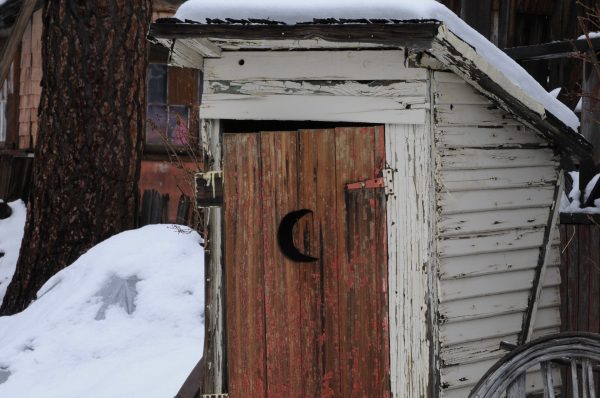 Arkansas woman hid the murder weapon in an outhouse.

Last week, Arkansas authorities arrested a 26-year-old woman suspected of having killed her grandmother. The Arkansas woman might have murdered her 81-year-old grandmother to get ahold of her property. Body turned up after a welfare check performed on Wednesday.

On Wednesday, at around 7:00 p.m., several Benton County deputies went to Ruby Ross’ residence to perform a welfare check. As they’ve received no answer, they radioed the Pea Ridge Police Department for reinforcements.

Later that day, Leann Ross, Ruby’s daughter came to her house. Upon entering the woman’s bedroom, Leann found her murder dead in bed, with blood splattered on the headboard.

When the authorities arrived, Leann mentioned that the last person to see Ruby alive was Andrea Lea Wilson, Ruby’s granddaughter.

While investigating Ruby’s home and the surrounding area, the authorities discovered a garbage bag inside the woman’s outhouse. The bag contained a blood-stained knife, a pair of surgical gloves, and a hammer with blood and hair on it.

On Monday, the Arkansas woman was taken into custody and charged on suspicion of murder.

According to the authorities, Lea Wilson had no criminal record and had no conflicts with the victim. However, a follow-up investigation revealed that the Arkansas woman had a $12,000 debt, meaning that she could have murdered the 81-year-old woman to grab her property.

Crime scene investigators also found blood on Lea Wilson’s purse, inside her car, and on a 5-gallon bucket.

The authorities said that the security camera installed on the porch could help in the investigation, but it later turned out that it was a fake.