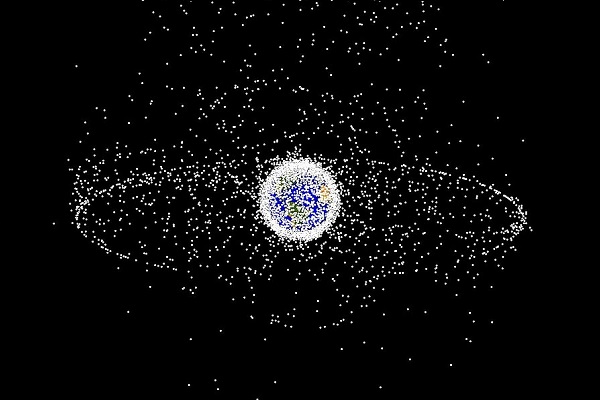 The space debris laser should remove those pieces of junk that put satellites in danger.

The Russian space agency has great plans to keep space cleaner. A recent report revealed Roscosmos is currently collaborating with another company from the country to build a really advanced mechanism. Namely, a sort of laser that should annihilate space debris and avoid further accidents between satellites.

Russia is Quite Secretive about the Space Debris Laser

There’s not too much information on this space debris laser, but several reports indicate it is in development. According to a state-owned media company, the business that will build the laser is a science corporation called Precision Instrument Systems. When asked about it, the company confirmed the rumors but offered no extra information on the matter.

Other rumors claimed a detailed report on the space debris laser should appear online on ResearchGate, on the page of the Russian Academy of Sciences. However, this didn’t happen, but a study on the matter might appear soon. The Russian authorities also refused to comment, but the company’s confirmation should be enough for us.

How Does the Space Debris Laser Work?

Fortunately, a few unofficial documents are talking about the space debris laser and how it works. In terms of power, it should get it from a base generator. Also, to completely remove space debris, it would use a process called laser ablation. In easier words, laser ablation links the energy of the laser with the material in question. As the two are coupled, the targeted material disappears.

It sounds easy, but researchers warned everyone the method hadn’t been explored enough. However, the Russian scientists might have found a way to keep laser ablation under control. Their initiative was more than welcome since space debris is one of the toughest issues of the moment.

According to the measurements in 2013, there were around 500,000 pieces of space junk floating dangerously around our planet. These pieces have the potential to strike satellites or maybe even spacecraft and produce colossal damage. Even if most pieces are small, they reach tremendous speeds that can be dangerous to anything. Therefore, the space debris laser initiative is more than welcome.