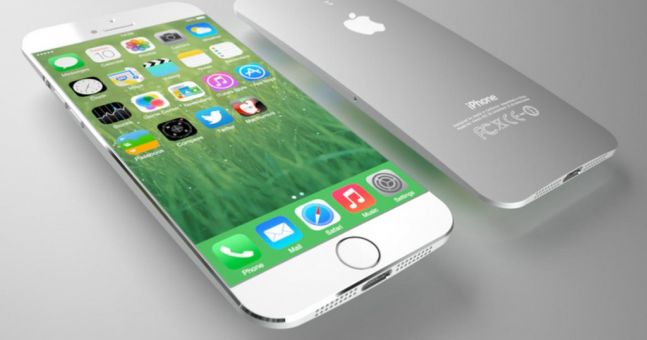 It seems that it’s only a week left until Apple holds its event where the iPhone 5se will finally make it into the spotlight, but fans are already busying themselves with iPhone 7 leaks. Sure, there’s plenty of us who have been waiting for a smaller scale iPhone 6, but there’s no new hardware to witness in that. Whereas iPhone 7 – whenever that comes out – will surely come storming and packing a hell of a punch.

So, a French website that specializes in technology seems to have managed to get its hands on several images depicting what looks like the iPhone 7 along with schematics and other types of information. The things that we already know about Apple’s plans regarding the next iPhone seem to confirm the fact that the photos that this website has revealed are truly the real thing. The best hint that we got was the fact that there is no headphone jack to be found, and instead, you can find another speaker in its place.

So what else is there to be seen in the leaked photos? Quite a few, but sadly not all that amazing yet.

First and foremost, an image depicting the back of what we at least think is the iPhone 7 has gone through several small changes. To list a few, the rear of the iPhone gazing at us from the distant horizon lacks the antenna lines we got so accustomed to. While phone makers have been doing a better and better job of hiding them in the past year, nobody has managed to hide them from view completely yet so in that respect, Apple may be the first to do so. The antenna bands are still there, though, visible around the edges at the bottom.

The rear suggests other changes too, though; for example, the rear camera hole appears to be a little larger than the one we can see these days on the iPhone 6. It is also placed a lot closer to the edge, meaning that the rumored iPhone 7 Pro version of the phone will most likely exist, in the version that features dual cameras.

Lastly, the images depicting the chassis of the iPhone 7 suggest that the phone will be thinner than the current iPhone 6, appealing to the requests of the public, it would seem. In spite of concept art and other supposed leaks suggesting that the iPhone 7 display will stretch all the way to the very edges of the phone, it hasn’t yet been confirmed by leaked information or otherwise.