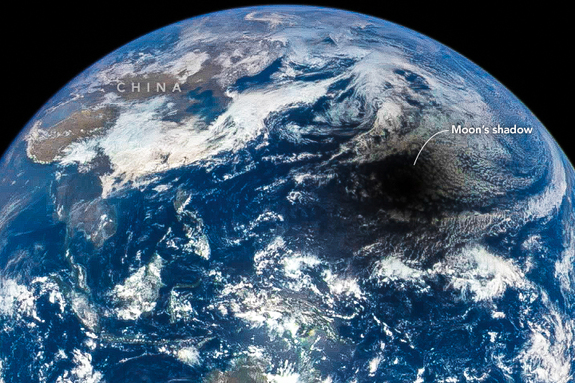 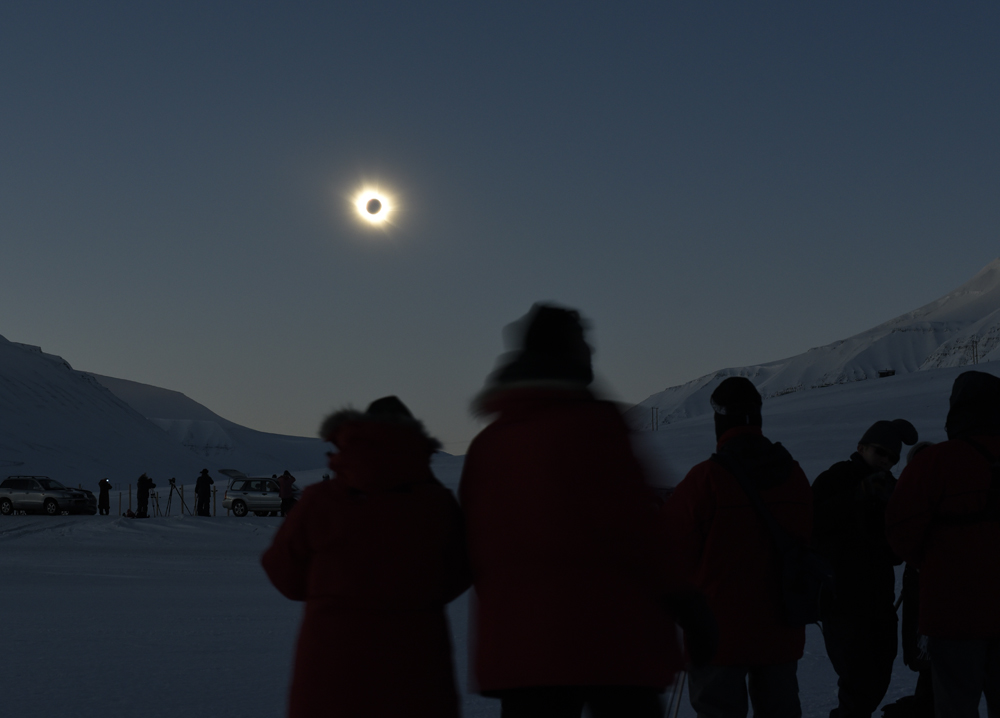 March 8th and 9th will mark very special days for anyone who likes to witness the rarer natural phenomena such as a total solar eclipse. Sadly, only skywatchers located in the Southeast Asia during those two days will be able to enjoy the entirety of it, while people situated in the Pacific islands will still be able to catch a partial eclipse.

And truth be told, that is a harshly limited amount of exposure. While this is not the kind of event that only takes place every hundred years or anything of the likes, it is still relatively rare. A total solar eclipse marks the moment when the moon passes between the Earth and the sun under a series of special requirements. Not only that the 3 need to be perfectly aligned, but the moon needs to be at a particular distance to the Earth in order to be able to cover up the entire sun on the skyline.

More precisely, this can only occur when the moon is at its perigee; also known as the moment when the Moon is at its closest point to our planet. This moment makes the moon appear larger in the night sky and also earns it the name of a supermoon.

Thus, once the alignment is complete, the moon will cast its more diffused penumbra and its concentrated umbra – the outer and inner shadow, respectively – mostly in the area of the Pacific Ocean.

The phenomenon will unfold in several locations on the surface of our planet, starting over Sumatra, Indonesia at 6 PM EST on Tuesday evening on the American time zone, then move over to Borneo, Sulawesi, continuing in a northeast manner across the Pacific Ocean and being barely noticeable close to the Hawaii before disappearing.

While the moon’s shadow will travel approximately 8,800 miles across the globe, its path (basically the diameter of the umbra) is merely 97 miles wide, restricting the zone where it will be visible to a very long and thin strip.

However, just because you’re not flying over the Pacific tomorrow doesn’t mean you can’t get to witness the total solar eclipse. With a little help from the Slooh robotic telescope will be capturing the event and streaming it to its service slooh.com here. You will be able to tune in at any time between March 8th 6 PM EST and 9 PM EST to watch it unfold.

This week was amazing for sky watchers throughout the world. The “aurora borealis” came first, earlier this week and today we were fortunate enough to witness a total solar eclipse. The first day of spring is upon us and with it came the largest celestial event of this year.

Unfortunately for people in the U.S., the total solar eclipse was not visible from any part in the county. Only folks from some specific far away islands in Northern Europe as well as the residents of the Faroe Islands and of the Norwegian Svalbard got to see the event in all its splendor. 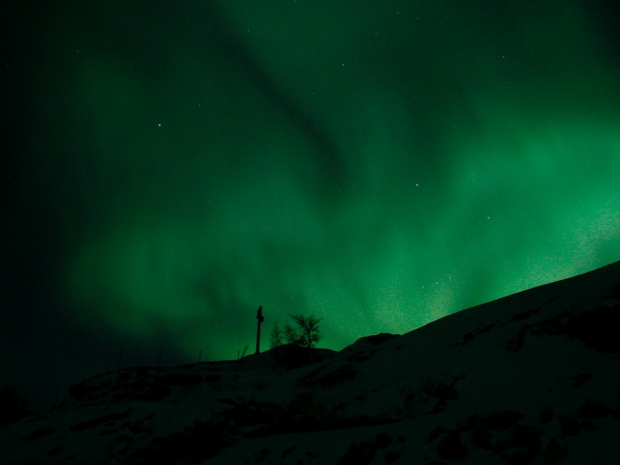 Americans were able to witness it via a live stream hosted by the “Slooth Community Observatory” that managed to send real time images from the beginning until the end of the event. For those of you that did not manage to catch the live stream, you can browse your way to live.slooth.com (here) and see a recording of it.

As mentioned by “Space.com”, a rather partial eclipse was visible across parts of Europe, the Northern part of Asia and Northern Africa. They said that depending on your location in Europe you were able to see from about 50% to almost 99% of the Sun’s diameter covered by the Moon.

The celestial event started at 4:30 AM Eastern Standard Time on Friday the 30st of March, 2015, and it lasted for about four hours. It was the only total solar eclipse this year and the first one since 2013.

What is a solar eclipse?

A solar eclipse happens when a sizable object, namely the Moon, obscures our view of the Sun. The Sun’s light does not reach Earth but instead is projected on the Moon’s surface causing a large shadow to be cast on some parts of our planet sinking them into darkness. Usually it gets so dark that if you were to look at the sky you would swear that it is dusk and not the middle of the day.

Some people believe that during a solar eclipse the whole world darkens but they are wrong and in truth only a few small regions of the world are affected and not even all at the same intensity or time. This is why not everybody got to experience this Friday’s event with their own eyes.

In order for this to be a perfect day for astronomers everywhere, two other significant astrological events occurred. The vernal (spring) equinox, that marks the first day of spring in the Northern Hemisphere, as well as the celestial event known as the Supermoon. 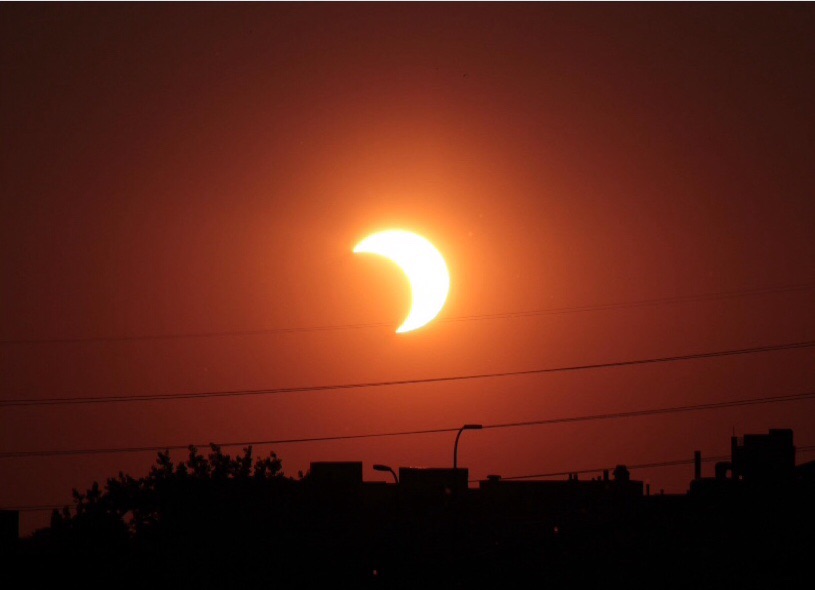 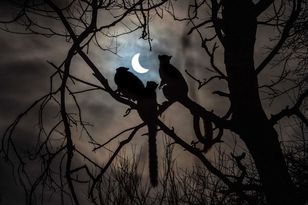 The Supermoon occurs when a “new moon” (“full moon”)  is at its closest to Earth on its elliptical orbit around our planet. This results in the lunar disk being at its largest size as viewed from Earth. The term “Supermoon” was given in 1979 by the American astrologist Richard Nolle and he defined it as: “…a new or full moon which occurs with the Moon at its closest approach to Earth in a given orbit.

In short, Earth, Moon and Sun are all in a line, with Moon in its nearest approach to Earth.”. Because of its size the Moon will completely block out our view of the sun causing a total solar eclipse.

It happens when our Sun passes exactly over the equator, causing the nights and days to be almost equal. It does not have any impacts on the solar eclipse or on the Supermoon. The term “Equinox”  comes from the Latin “aequus” that translates into “equal” and “nox” meaning “night”. It happens twice every year, first roughly on the 20th of March, and second around the 22 of September.

It was an amazing, and at the same time a rare coincidence that a total solar eclipse took place on the same day as the spring equinox. Scientists say that such an event will not happen again for another 18 years in 2034. After that, they estimate that a similar event will take place in the year 2055 followed by another one, 19 years later in 2072.

There will be another solar eclipse in 2015 but this time it will only be viewed by observers from Antarctica and South Africa. The event will take place on the 13th of September. Partial solar and lunar eclipses are not rare at all and they tend to occur about twice a year.

NASA reports that there will be yet another total solar eclipse two years from now in 2017 and this time the event will be visible in the US. Until then, Americans can witness two moon eclipses this year. The first one will take place on the 4th of April followed by another one on the 28th of September.

Today’s total solar eclipse was a spectacular event leaving millions of people across the globe amazed. If you didn’t get the chance to witness it live then jump over to sloth.com or any other web site that has a recording of it and watch it for yourselves. Trust me when I say that you will not regret it.