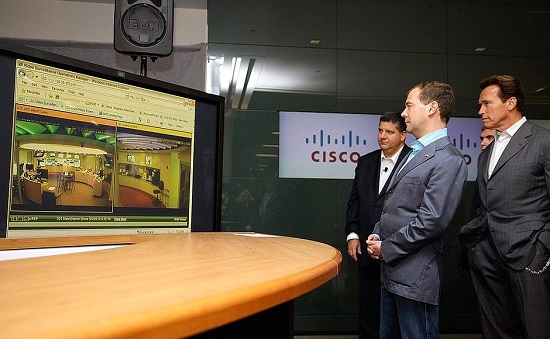 The networking hardware giant Cisco Systems announced this week that 5,500 of its employees will be forced to seek another job as the company is transitioning to the cloud business.

It is the fourth time in six years that the tech company announces job cuts in the middle of summer. Experts noted that the regularity with which Cisco now announces its summer layoffs may signal that trimming the workforce has become business as usual for the company.

Other tech giants such as Intel have made a habit of downsizing workforce at regular intervals. The semiconductor chip maker announced earlier this year that it would lay off 11 percent of its workers.

And analysts expect other companies to soon follow suit as cloud computing is gaining steam worldwide. As a result, many hardware makers including server and storage device producers will be forced to face restructuring or die. Cisco is renowned for its routers and switches which could soon no longer be relevant.

Cloud technology expansion has added tremendous pressure on tech firms since the start of the year. For instance, Hewlett-Packard had to split up, while Dell is about to merge with EMC. Additionally, IBM is seeking new ways of remaining competitive against Microsoft and Amazon.

Cisco hasn’t sunk yet because its router and server business is doing fairly well. According to a company’s report, the business generates 45 percent of its revenue, which is a 7 percent decrease from a few years ago.

Despite the slight reduction in sales, its core business remained profitable due to a gross profit margin of about 60 percent, which hasn’t changed in years. The steady profit allowed the company to buy itself some time to rethink its business model.

Analysts are now curious to see whether the hardware giant has the will and resources to make the proper adjustments to survive in a cloud computing-based world. Currently, there is a huge demand for “hyperscale” hardware parts that are resilient to immense volumes of traffic. So, if Cisco moves quickly it may manage to hold off rivals in new markets as it has done before.

Plus, the San Jose, Calif.-based company faces other challenges such as the software defined networking (SDN) standard which could render the company’s integrated routers and switches irrelevant. Still, analysts noted that SDN is only at the beginning and has a long way ahead before it can revolutionize networking as we know it.