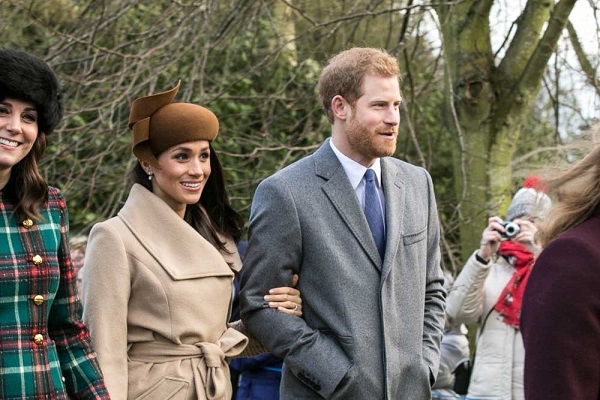 Until her wedding with Prince Harry, Meghan Markle will continue paying for her clothes.

On Monday, Meghan Markle, Prince Harry’s fiancée, stepped out for her first official royal duty with Queen Elizabeth. It wasn’t only the event at Westminster Abbey, but also Meghan’s outfit which attracted a lot of attention.

She wore a white, $1,000 coat from British designer Amanda Wakeley. But this was only a piece of her incredible wardrobe. Let’s just remember another coat she wore for Christmas, the Sentaler one. However, as much as everyone loves her style and class, all of her items are not really that affordable.

What’s even more interesting is that at the moment, she and Prince Harry are paying for everything out of their own pockets. This is because members of the royal family cannot accept designer clothes for free.

For example, assistants like Natasha Archer, who is helping Duchess Kate, choose from a variety of options from many designers. However, the outfit that is worn for that occasion is paid for.

It’s worth noting that after their wedding, which takes place on May 19th, Meghan’s budget for clothing will be covered by the money that Prince Charles gives to Prince Harry from his income of about $28 million.

Last year, Prince William, his wife Kate, and Prince Harry took some of the money they needed for their public lives from a special fund of about $4.8 million.

Also, Meghan wore another controversial, $78,000, Ralph & Russo gown for her engagement portraits with Prince Harry. When those pictures were released back in December, a lot of people expressed their disagreement.

According to reports, Meghan earned about $50,000 per episode when she was still part of the cast of Suits. As for her style, fashion experts are praising it and saying that she has evolved and became a lot more sophisticated than she used to be.