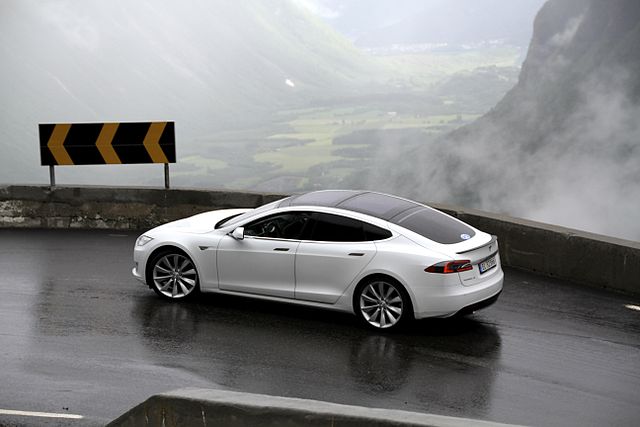 Englishman recorded on tape after leaving his Tesla S unattended on a busy motorway.

The British authorities recently fined and sentenced a 39-year-old Nottingham driver to community work after the man was caught on tape leaving the steering wheel unattended. Based on the police report, the Englishman’s Tesla S car was speeding down a busy highway with the autopilot switched on.

Tesla Driver Told Judges That What He Did Was Silly

On the 20th of April, Bhavesh Patel, a 39-year-old Tesla owner from Nottingham was sentenced to perform 100 hours of community work and pay a $2,100 fine after he pleaded guilty to one charge of dangerous driving.

According to the police report, back in May 2017, Patel was driving along the M1 highway, when he decided to test his car’s autopilot feature.

While Tesla engineers declared that the car’s built-in Traffic-Aware Cruise Control might aid the driver in some situations, the feature should not be taken for granted. More than that, Tesla’s representatives stated that the driver should stay alert and ready to intervene even if the car’s autopilot is switched on.

However, Patel was not one to abide by the car’s manual. While trying to get in front of Patel’s car, an eyewitness saw the man seated on the passenger’s side with his hands behind his head while the vehicle moved forward.

Of course, the video was later uploaded to social media. Unfortunately for Patel, the movie was also viewed by the Hertfordshire Police. The man was taken into custody and charged with dangerous driving.

Apart from having to do a little community work and pay the fine, the Nottingham resident also had his driver’s license suspended for the next 18 months.

Before sentencing Patel, the judge declared that the driver’s recklessness could have ended in tragedy as the M1 highway is a busy motorway.