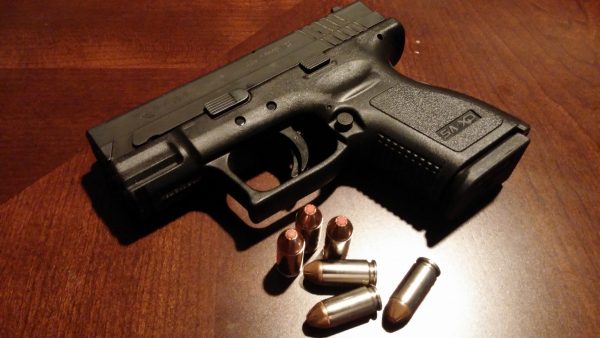 The four-year-old was shot in the chest with a real gun.

Louisa County Sheriff’s Office is currently investigating an accidental shooting that took place on Tuesday afternoon. According to the police report, a two-year-old boy fatally shot his four-year-old brother with a real gun he mistook for a toy.

Major Donald Lowe of Louisa County Sheriff’s Office declared that on Tuesday afternoon a woman called 911 to report a shooting at her home located near the East Old Mountain Road.

First responders found a 4-year-old male child with a gunshot wound to the chest. The child was airlifted to the UVA Medical Center where he was pronounced dead.

The investigation revealed that the 4-year-old boy was inside the house, playing with Tyler Aponte, his 2-year-old brother. While in the living room, Tyler went to another area of the house and came back with a loaded gun.

Mistaking it for a toy, Tyler pointed the weapon towards his brother’s chest and pulled the trigger. Based on the police report, the shooting occurred before 11:00 a.m. Tyler’s mother and his elder brothers were inside the house at the time of the incident.

Lowe declared that, at the moment, the deputies are trying to establish how the 2-year-old gained access to a real gun.

Thus far, the authorities discovered that the gun was left in an area of the weapon which was easily accessible. Charges could be pressed against Tyler’s mother.

Meanwhile, the family is making preparation for the boy’s funeral. Linda Eddy, the family’s next-door neighbor, told the police that she was shocked to hear about the shooting. She knew something was amiss when she got out of the house and police car outside of her neighbor’s house.

Lowe declined to offer additional details about the case. He mentioned that the case is still being investigated.