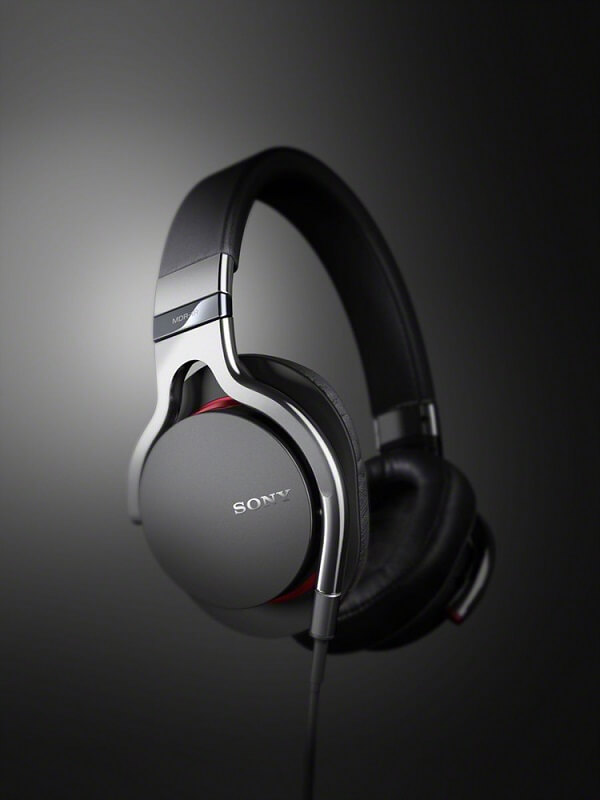 For all of your devices that lack in sound quality or the entire capability to speak of, we have found one of the neatest products that will put an end to your troubles. This time around we will be taking a look at the Sony MDR-1R set of over-the-ear headphones – which shines when their ability is taken to music more than any other kind of activity such as movies or video games. Though it’s certain that they would do a great job in that aspect just as well.

The reason we chose the Sony MDR-1R for review is the fact that they’re special for a number of reasons. The way Sony has made them special is by not trying to make them special and instead focus on every other bit of the music experience through headphones. Everything relating to comfort, sound quality and a thoughtful build are included in the Sony MDR-1R prestige headphones. Unlike other types of headphones that make an immensely huge deal out of boosting bass or offering very ambiguous basic features that sound good on paper but don’t hold as much applicability in a real life scenario, the Sony MDR-1R keeps is simple and professional. 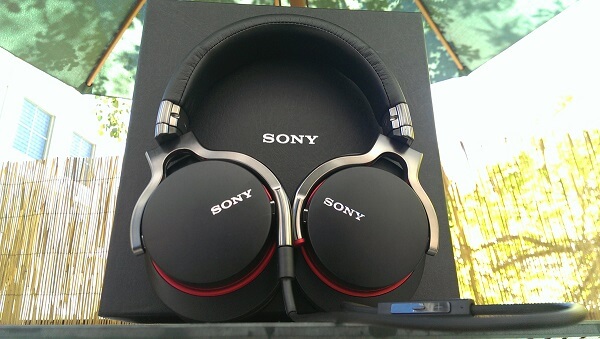 If there’s any area where this pair of headphones may fail, it’s probably professional music production: they are not meant for professional use; in the end they are only for consumer oriented use or leisure and entertainment. The sound quality is up there, however, only to be additionally complimented by an outstanding design.

As a last note, depending on how much you’re normally willing to pay for a pair of headphones you will only be using for entertainment purposes, the Sony MDR-1R have a really good chance of seeming more expensive than they should.

The Sony MDR-1R are not the only pair of an exquisitely designed products from the Sony MDR headphone family, but it is apparent that there was a fair amount of effort put into making them as premium as possible – in both quality and looks.

The MDR-1R headphones are full-sized and go over the ear, covering and encompasses your ears completely, giving off an amazing amount of noise cancelling. It’s not complete however, so depending on how you’re looking to use them that can be either a good or bad thing. I personally am not a great fan of wearing full over-the-ear headphones when I’m out due to the dangers of traffic and whatnot when strolling through the city. They do a great job at muffling the sounds of a neighbor fixing things or drilling walls next door though. 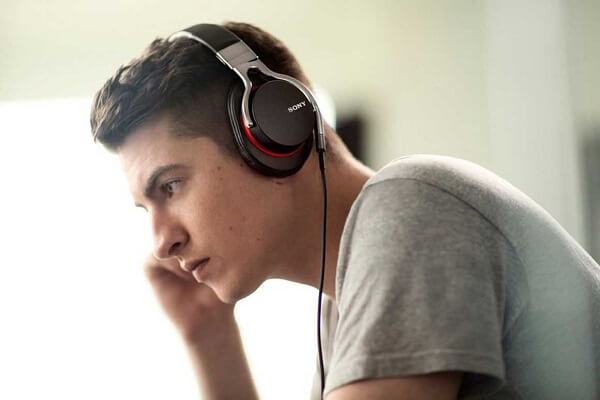 Noise isolation is excellent, however, letting very little to no sound outside the ear muffs – which means you can easily use them when in a room of strangers, waiting in a line or even a public library without bothering anyone.

The ear cushions are designed in an oval shape, made of particularly soft and malleable materials to ensure they manage to cover the entirety of your ear no matter the size and shape. The cushions are covered in synthetic leather, giving the finish a soft and classy feel. While the material is susceptible to creases over time, it seems sturdy enough to not break and chip off with prolonged usage which comes as a great plus. There is one issue with wearing this pair of headphones in hot and humid weather as you’re bound to get sweaty because of the material. 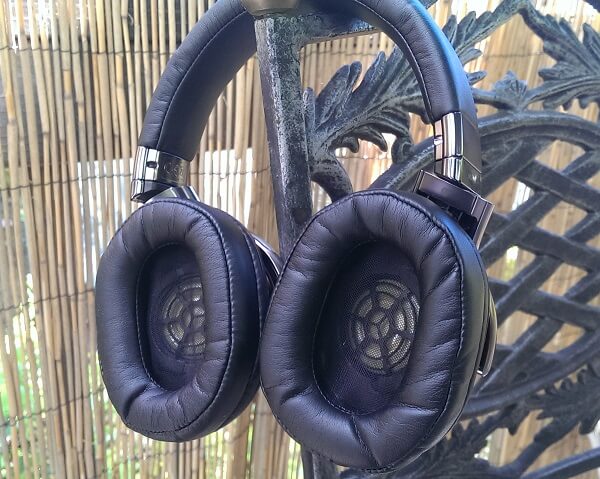 In order to seal a deal on the universal availability for all sizes and shapes of ears, the metal ear cups pivot on a two-axis direction for a fair amount of distance. The metal skeleton behind the fabrics feels considerably sturdy and solid, giving the entire build a great and secure feel. The circum aural ear pads can also swivel themselves flat in order to make the pair of headphones easier to pack or store. 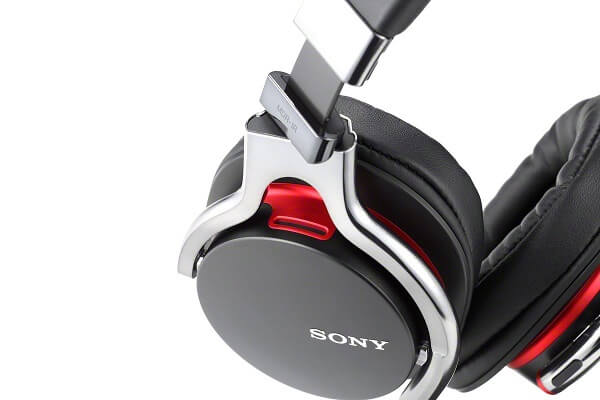 Inside the ear cups lie – naturally – the headphones’ drivers. These are offset at an angle meant to mimic the way sound would be captured if the source was right in front of you, improving the way in which your ear captures the sound, making it as even as it possibly can. This is a design that’s surprisingly rare to find in a great number of full headphones on the market, from most professional manufacturers since a more common approach is to let the drivers remain parallel to your ears.

The thick headband is padded in the same cushion material featured in the ear cups, covered with another layer of synthetic leather. With a comfortable and near 0 pressure feel on the top of your head, the Sony MDR-1R headphones are also amazingly easy to adjust to the size of your head by using an even and smooth stop-click system which will allow you to create an equal amount of distance of both sides and assure comfort.

The materials used in the overall build of the MDR-1R are mainly metal and plastic. However, all of the plastic parts (for example the ear cup covers) look anything but cheap and lacking good taste. They’re polished, beautifully designed and beautifully integrated in the design by the metallic skeleton of the headphones. The covers also feature the Sony logo on either side, embossed into the surface.

The entire set of headphones weighs an average of 240 grams – that is without any of the cables plugged in. I wish more full headphones manufacturers adopted this trend, considering that it reduces a great amount of risk of tangling when travelling; there is also a certain level of risk of damage to the interior cables that may occur were you to accidentally pull on them.

The MDR-1R package contains 2 different cables that you can hook up to the headphones: a regular headphone cord and an additional cord with inline remote and microphone for mobile devices. Both cords are straight at the end that you plug into the headphones, and end into a gold-plated L-shaped stereo mini 3.5 mm jack. The microphone featured on the latter of the two is omni-directional meaning that you shouldn’t have any issue with sound capture when you’re using the microphone. 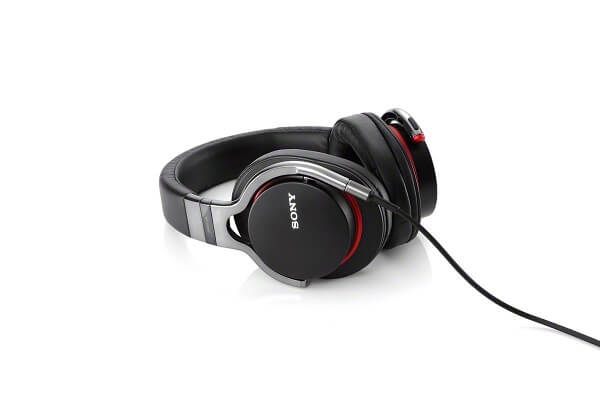 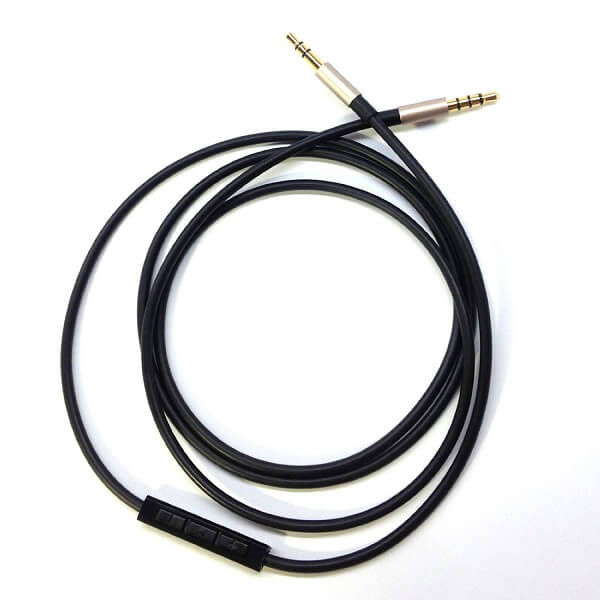 There are two color variants for the Sony MDR-1R headphones – black and white. The black variant features red lines curving around the ear cup covers on the back and the audio jack is also red-tipped. The second variant features a white finish for the pieces made of metal or plastic, while all of the synthetic leather used for the cushions and headband are brown. For this model, the audio jack is tipped in red as well. Both cables are 4 feet in length. 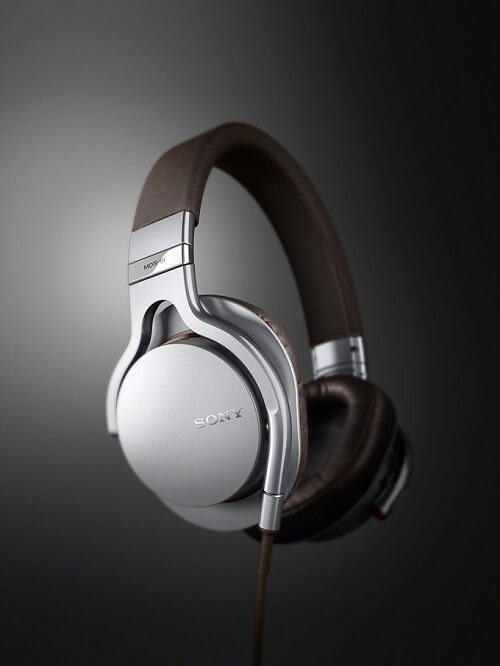 There are two ways in which we can discuss sound quality presented by the Sony MDR-1R prestige headphones. One is a more generic, overall opinion while the second will refer to the sound in more detail, splitting it into bass, high-mids and treble levels.

As an overview, the headphones are extremely clear and produce crisp, high quality sound. While the manufacturer suggests that the MDR-1R have a frequency rate of 4 to 80,000 Hz, that’s not necessarily a fact that you should concern yourself with that much considering that the human hearing is limited to the range of 20 to 20,000 Hz. However, that does highlight the fact that the headphones have an amazing reach of frequencies in both directions. Because of that all tracks of a song will have an outstanding clearness and allow you to hear the deepest bass sounds there are. 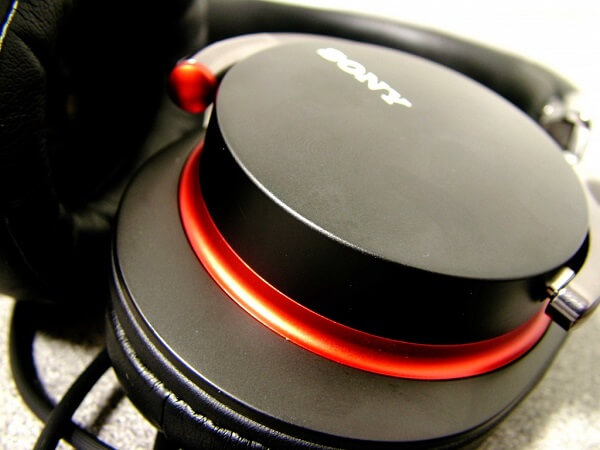 Coupled with 105 dB of high sensitivity, the MDR-1R headphones can pack quite the volume. The 1,500 megawatts of power output will prevent damage to the speakers when you use the full potential of the volume button – if that is really ever the case.

The bass of the headphones is outstanding – the headphones manage to depict extremely low levels of base without making it sound bloaty or boost it in an unnatural manner like so many other devices have an undying passion to do. In retrospect however, this may be one of the reasons the bass feels like it lacks a little detail at times, despite packing quite the punch. It is only something you may end up noticing in certain songs however, so the overall bass levels should remain good and unaffected on average.

For what mids are concerned, the headphones bring a very full level of sound to them. It seems like mid levels are actually one of the most outstanding capability of the MDR-1R, as they truly end up excelling in that department. With a great amount of attack and richness, the sound gains a lot of musicality and fullness to it in a great number of genres. Vocals also seem to be quite outstanding and pleasant to listen to on the MDR-1R headphones, if not for a certain degree of sibilance that tends to occur at times.

The high, treble levels are definitely not the highlight of the sound quality in what the Sony MDR-1R are concerned. By no means is treble underwhelming – it has a good extension and doesn’t sound harsh or forced and distorted. But they don’t quite come up to the same level as the mids; however, it doesn’t tax too much on the overall sound quality.

So overall, it feels like the Sony MDR-1R headphones are most suitable for music genres that highlight musicality and vocals, while still being able to distinguish different instruments perfectly to the point where you can differentiate between the various tracks of a song and discern all the small instrumental details. For low bass, punchy tunes coming from genres such as dubstep or drums n’ bass, this is not quite what you may be looking for since it lacks in quantity but not in quality.

In terms of the best way you can make use of the Sony MDR-1R headphones, it depends on a few things. Because of the medium amount of outside noise cancellation that the default version (naturally, the dedicated noise cancellation model MDR-1RNC being considerably better at that), you can consider them equally good and bad at the same time for outdoors. Sure, sitting at a table somewhere and wanting to tune out the street noise for example is great. Using them in traffic or while on a stroll not so much. 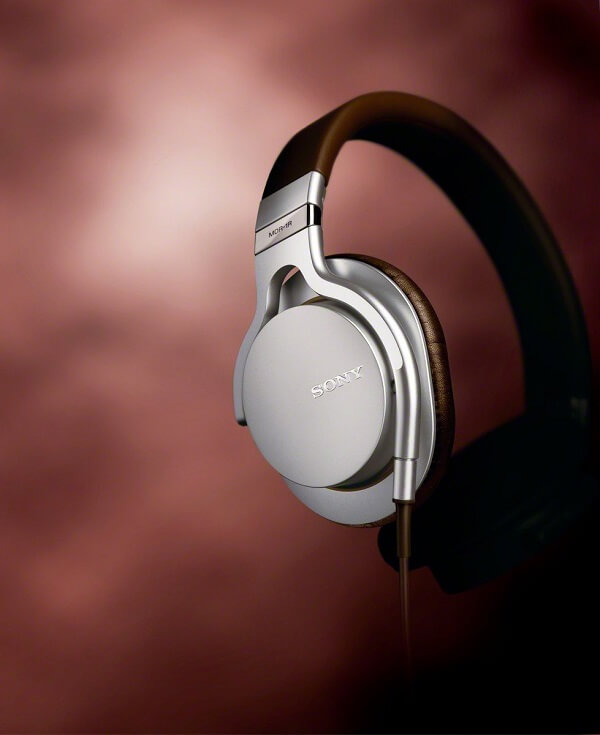 While the Sony MDR-1R spell quality and audio prowess, they cannot get up there on the pro level. The headphones will lack on several levels when it comes to mixing songs or mastering tracks so by adding some extra few bucks to this pair’s price you could possibly get something else that’s proficient in that particular area.

Watching movies and playing video games will score relatively high with the MDR-1R headphones thanks to the open sound that it renders and the very accurate positioning of the sound source. While they can be used for online gaming and voice communication as well when connected to a compatible device, they once again cannot score too high in this concern, professional gaming headsets such as various SteelSeries or Razer models bringing a lot of proficiency in this regard instead.

No matter how you look at it, there’s no denying that the Sony MDR-1R headphones are a quite outstanding piece of audio architecture. With an elegant design and a huge amount of capability to make the best of most music genres, they are an excellent choice for anyone looking to purchase a pair of headphones mostly meant for listening to music. However, the one aspect which may make more than a few individuals putting off purchasing them or even opting for another manufacturer or model is the high price range that they come at.

You can purchase the Sony MDR-1R in most Sony retail centers or via a number of online retailers such as Amazon and eBay for $299. However, the Sony MDR-1RNC Premium Noise-Cancelling Headphones model will take you up to $499, and the Sony MDR-1RBT Premium Bluetooth Over-the-head Style Headphones would cost $399.