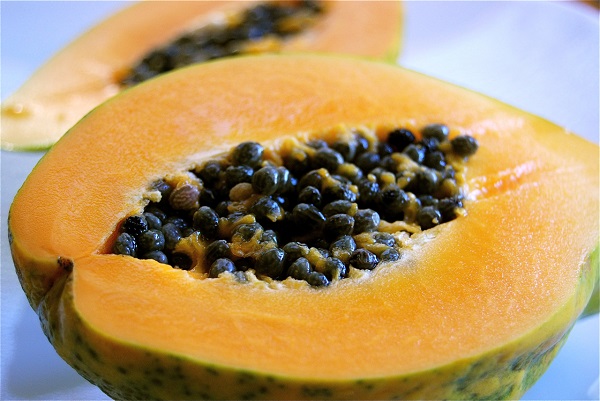 Yellow Maradol papayas might be at the root of the recent multistate salmonella outbreak.

The U.S. Centers for Disease Control and Prevention determined that yellow Maradol papayas are the most likely cause of a salmonella Kiambu outbreak that spanned across 12 states. Across them, 47 people got sick, 12 of them having to be hospitalized. The outbreak also led to one reported death.

According to the latest report on the matter from the CDC, patients started having problems tied to salmonella after eating yellow Maradol papayas. They began reporting symptoms in between May 17 and up to June 28.

However, the source of the contamination itself is still unclear. The CDC states that:

“Investigators are working to learn where the contamination occurred in the supply chain.”

The health agency also warned consumers to be careful when buying papayas, as they should ask the proprietor if they are or bought a yellow Maradol one.

These are large and oval fruits that weigh some 3 pounds or more. Initially green skinned, this turns yellow as the papaya ripens. The fruit’s flesh is salmon colored.

In case consumers are unsure what type of papayas they have, the CDC advises them to throw away the fruit or at least return it. It also advises suppliers to stop selling them and restaurants to stop using it.

This should be followed until the CDC finds out more about the cause of the outbreak.

The highest number of Salmonella Kiambu infections was reported in New York, 13, with New York City also reporting the one death tied to the multistate outbreak. New Jersey is right behind it with 12 cases and Virginia further back with 6. A further 5 cases were reported in Maryland and 4 in Pennsylvania.

Utah, Texas, Minnesota, Massachusetts, Louisiana, Kentucky, and Iowa each reported one case each. Affected people were aged in between 1 to 95 years old.

Reports point out that small children, under the age of 5, and older people, 65 or more and those with weakened immune systems are the most susceptible to severe cases of salmonella.