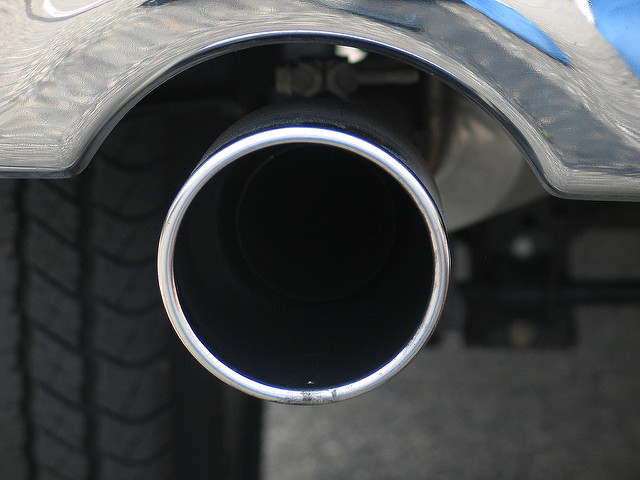 The Minnesota woman wanted to have a picture with the oversized tailpipe.

Because a summer music festival is the best occasion to show off your ‘talents,’ we give you the fascinated story of Kaitlyn Strom, a 19-year-old girl from Litchfield. Nicknamed The Minnesota Tailpipe Girl, Kaitlyn went to Hell and back again after getting her head stuck in an oversized tailpipe.

If you’re wondering what teens are up to this days, here’s one for the history books. On Friday, on the very first day of Winstead’s Winstock Music Festival, the Fire Department was called to help a person in need. Little did they know that they will end up helping someone who firmly believes that YOLO is a legit way of living.

Here’s what happened. Ms. Strom was attending the Winsted music festival for the first time. At one point during the festivities, Strom left her group to go on an adventure. That’s when she saw a monstrous pickup truck with an equally impressive tailpipe.

And because the only reasonable thing you could do when admiring a beautiful car is to put your head through the exhaust pipe, that’s what Strom did.

Kaitlyn later told a reporter that the idea of putting her head through the oversized tailpipe sounded like fun. Getting her head into the exhaust was easy, but getting it out was an entirely different story, the Litchfield teenager added.

Well, to make a long story short, a partygoer called the Fire Department after Strom got her head stuck in the oversized tailpipe. One power saw, and 45 minutes later, the Minnesota teenager was freed. And if you thought that was the end of it, then sorry to disappoint you.

Strom insisted on having her picture taken with the fireman and the oversized tailpipe.