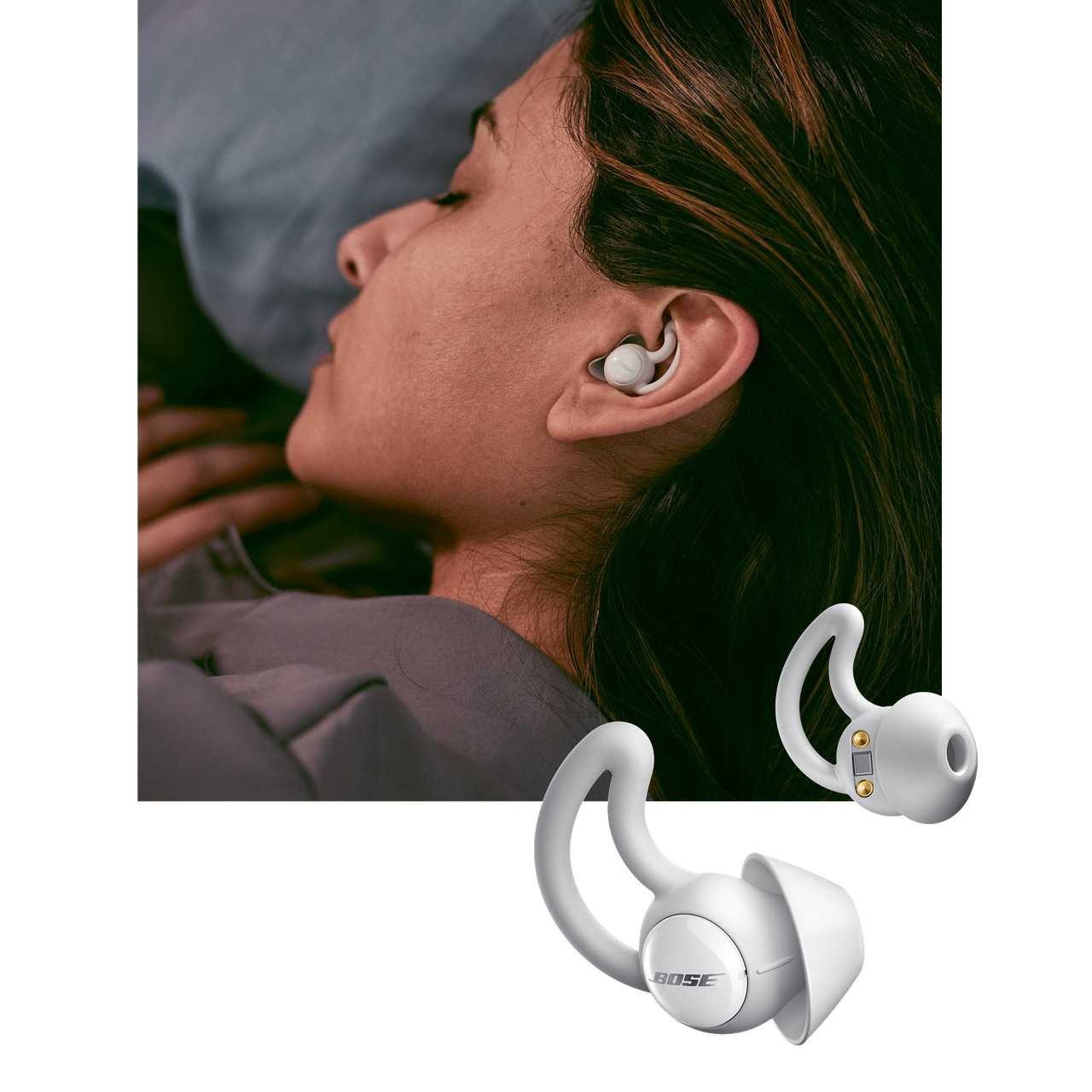 Having trouble getting those Zzs at night? Well, not to worry because, according to Bose, its new product will help you sleep like a log even if someone’s blasting loud music outside your window. Called Sleepbuds, Bose’s in-ear headphones have been designed to tune out any kind of sound that could disturb your sleep.

Bose just announced that Sleepbuds, the in-ear headphones that should, theoretically, increase sleep quality, will soon be available for purchase.

Manufactured from silicone and plastic, these tiny headphones are guaranteed to help you sleep by actively blocking out any kind of disturbing sound.

As a company’s representative declared, compared to headphones that harvest the noise-canceling technology, Sleepbuds takes advantage of noise-masking technology. In other words, these tiny in-ear headphones will block out white noise such as traffic and instead play a soothing tune.

Apparently, each of the ten preloaded soundtracks that come with Sleepbuds has been engineered to soothe you to sleep.

It has a rechargeable silver-zinc battery which, according to Bose’s claims, can last up to 16 hours. Yes, as you might have realized, these headphones are designed to sleep with them. Don’t worry too much if you’re one of those people who toss and turn in their sleep because its silicone lining ensures maximum comfort.

Sleepbuds can be paired with any iOS or Android smartphones via Bluetooth. You can use Bose’s companion application to select the track you want to play before bed and, of course, to adjust the volume.

Bose’s mobile application also allows you to set alarms and to download new tracks from the store. Word of warning – these headphones were designed for sleep only, so that means no music streaming.

Soundtrack-wise, you can choose between waves, rustling leaves, wind chimes, and others. Bose’s Sleepbuds can be purchased for the not-so-modest sum of $250.