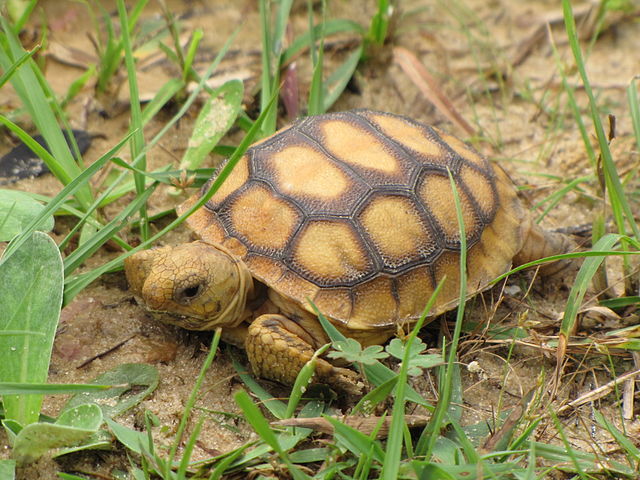 The gopher turtle was painted red and partially encased in concrete.

The Central Florida Fish and Wildlife agents are trying to identify one or more individuals who spray-painted a gopher turtle read and pour concrete over its shell and hind legs. Anyone with information about the turtle found on County Road 455, near Montverde, is asked to call the Wildlife Alert Hotline.

Gopher Turtle on Death’s Doorstep When Found by Good Samaritans

According to the Florida Fish and Wildlife Conservation Commission, a gopher turtle was recently found on a county road with its shell completely covered in red paint.

More than that, a Facebook post uploaded to the commission’s official social media page reveals that the turtle’s hind legs and part of its shell were encased in concrete. According to a Fish and Wildlife representative, one or more persons attempted to prevent the turtle from escaping while the spray-paint was applied.

Moreover, the Wildlife agent added that not only is this treatment considered cruel but potentially deadly as turtles are highly sensitive to man-made substances such as concrete or paint.

Fortunately, the authorities managed to save the gopher turtle in time, thanks to the people who contacted the state agency after discovering the animal.

Vets declared that the gopher turtle, still considered an endangered species, will get back on its feet in no time.

Meanwhile, the Fish and Wildlife Services is reaching out to people with information about this regrettable incident. Anyone who has seen the individual or individuals is asked to contact the agency’s hotline. Tippers will remain anonymous and eligible for a cash reward.

This incident occurred just one week after a man killed a woman’s puppy in a pet shop after an argument with his girlfriend.

Since the beginning of the year, many suspects have been arrested and charged with animal cruelty.