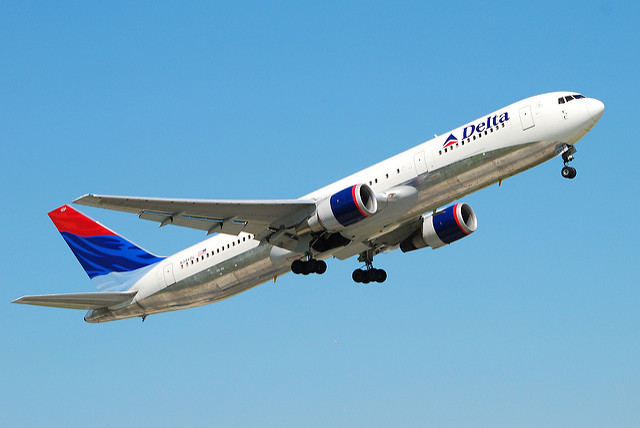 An Atlanta woman and her husband have decided to file a lawsuit against United Airlines following an incident which took placed last month during a flight to Amsterdam. According to the woman, diagnosed with MS roughly five years ago, a Delta Airlines employee tied her to a wheelchair using a cloth.

Maria Saligas is an Atlanta resident, and until five years ago, she lived a perfectly healthy life. As Saligas told the reports, once a year, she and her husband, treat themselves to a European trip.

Sadly, approximately five years ago, Maria Saligas was diagnosed with multiple sclerosis and, since then, she was confined to her wheelchair. However, Saligas declared that not even a daunting diagnosis such as MS could not deter her from going on a romantic European holiday with her hubby.

On the 1st of April, Saligas and her husband booked two ticked on the Delta Airlines flight to Amsterdam.

According to the woman, once they’ve landed in Amsterdam, one of the flight attendants came up to her and said the plane does not possess the necessary equipment to ensure the woman’s safety during flight. And so, they’ve had to improvise.

Saligas mentioned that this wasn’t the first time she and her husband flew with Delta Airlines and each time the attendants accommodated her request.

As the woman with MS recalls, Delta’s solution was to find the dirties blanket they could lay their hands on and to strap her wrists and torso to an ordinary wheelchair.

Needless to say, Saligas felt uncomfortable during the rest of her journey. Nathan Saligas, the woman’s son declared that the straps used to restrain his mother gave some nasty bruises.

After confronting the flight company about the incident, the couple received 20,000 SkyMiles points as compensation.