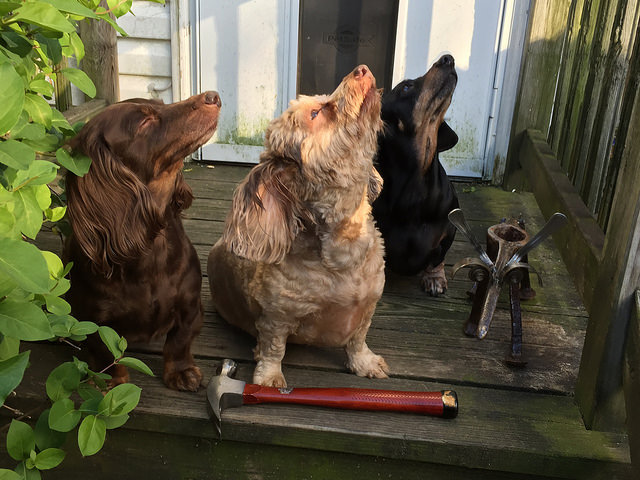 The Oklahoma woman was mauled to death by a dachshund pack.

Ardmore law enforcement agents are still trying to determine how a dachshund pack managed to maul a 52-year-old woman to death. The incident occurred last week, in rural Oklahoma. During the action, a police officer had to shoot a member of the pack.

No Clue Why the Dachshund Pack Attacked Woman

On the 10th of May, an individual contacted Ardmore police to report that a woman was being attacked by a pack of wild dogs.

Upon arriving at the location, the authorities identified a 52-year-old woman in critical conditions and seven dogs running around her.

Tracy Garcia, the victim, was airlifted to the hospital where she was later pronounced dead.

During the rescue operation, a member of the pack was fatally shot after it lunged at a police officer. Animal services captured the rest of the pack later that day.

Based on the police investigation, the dogs belonged to Garcia’s next-door neighbor. The man has no idea how the dogs escaped or why they attacked Garcia.

Christ Bryant, the Carter County Sheriff, declared that all dogs were euthanized at the owner’s request. Amanda Dinwiddie, a euthanasia expert, noted that some of the canines were a mix of terrier and dachshund and one appeared to be a border collie mix.

She also said that the dogs were between one and three-year-old. The oldest probably was their mother.

Dinwiddie added that she didn’t notice anything usual about the dogs apart from the fact that they were covered in fleas.

Garcia’s body was returned to the family for burial. The District Attorney is expecting the coroner’s report to determine if charges will be pressed against the dogs’ owner.

No other casualties were reported. Mrs. Garcia was buried on the 15th of May. Her obituary read that the woman had a life-long passion for music and that she played in a family band.