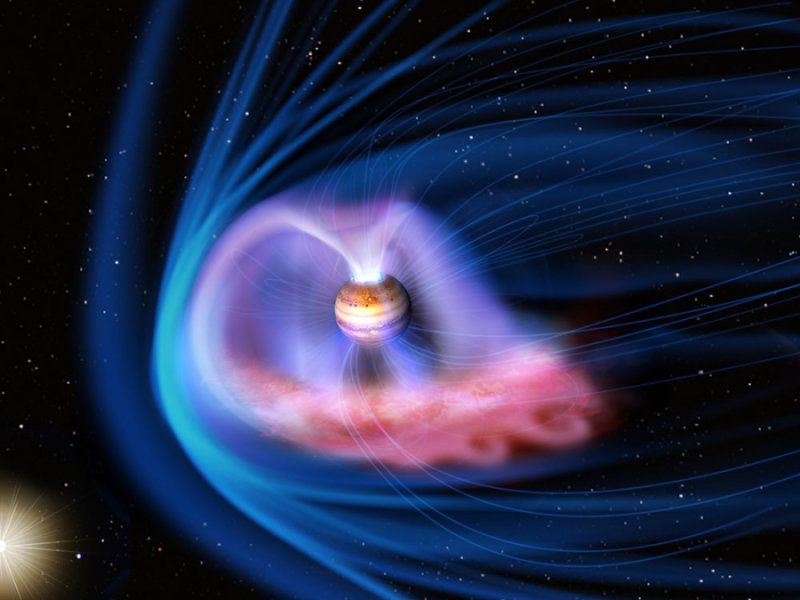 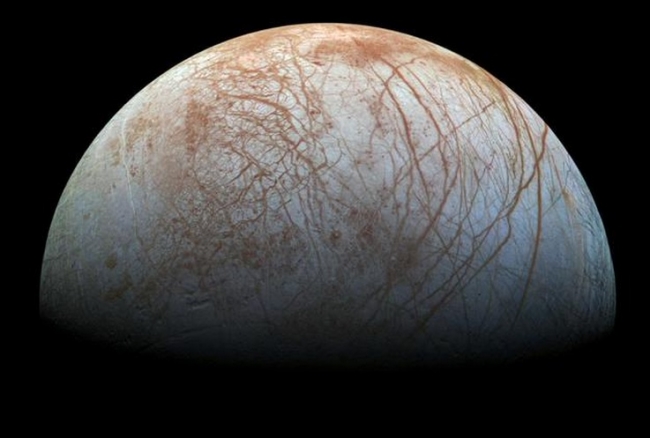 Dark material coating has been seen on the surface of Jupiter’s Moon Europa – this isn’t news, because researchers have been trying to study it for the past decade. Now scientists say that it might be salt rising up to the icy surface from an underground ocean.

Because Jupiter has a powerful magnetic field, radiation from it might influence the colour of the salt – hence why it’s dark, not grey to white.

Lab experiments have been conducted at the space agency, and scientists are trying to pin-point if the frozen Europa can sustain life or not. But at the moment uncertainty floats in the air. In an article that we posted on Tuesday we talked about a robotic eel, and how it is the perfect data gatherer that could solve this mystery. Until experiment can be made on the surface of Europa, nobody knows for sure if Jupiter’s Moon is a place suited for life-forms, or whether the dark material coating truly is salt or not.

Curt Niebur, an Outer Planets Program scientist based at NASA’s headquarters in Washington, D.C. has stated for NASA’s official website that – “We have many questions about Europa, the most important and most difficult to answer being, is there life? Research like this is important because it focuses on questions we can definitively answer, like whether or not Europa is inhabitable. Once we have those answers, we can tackle the bigger question about life in the ocean beneath Europa’s ice shell.” 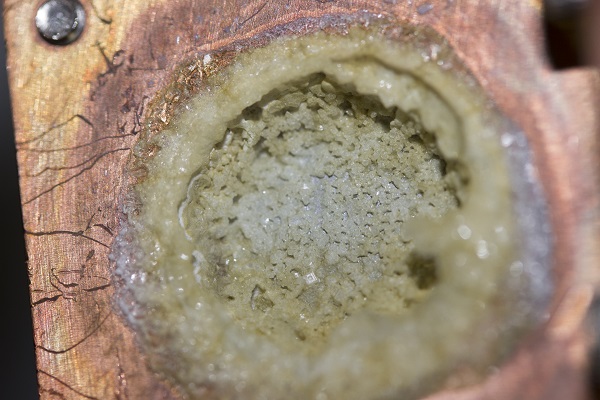 NASA’s experiment – Europa-in-a-can – involves recreating the exact setting of the Moon in space – near vacuum conditions, cold temperatures, and heavy radiation. Scientists have added samples from various compounds to the surface of the man-made Moon – common tablet salt, and salt mixed with water to name a few. When the samples were bombarded with intense radiation, and under minus 280 degrees Fahrenheit temperature, they started to turn a yellow-brown colour that might match what is seen on the surface of the real Moon.

Kevin Hand, a planetary scientist based at the space agency’s Jet Propulsion Laboratory in Pasadena, Calif, who is also the study leader, has been reported of saying that – ” This work tells us the chemical signature of radiation-baked sodium chloride is a compelling match to spacecraft data for Europa’s mystery material. If it’s just salt from the ocean below, that would be a simple and elegant solution for what the dark, mysterious material is.”