The Flock is a video-game that will shut itself down after enough players die within its universe.

It’s a  first-person, team-based multiplayer game that takes place roughly a thousand years into the future, in the post-apocalyptic year 3000.

Players compete to own a mysterious unknown object described as The Light Artifact, which slightly resembles Kubrick’s 2001: A Space Odyssey, but just slightly.

You battle with other gamers for the artifact, and you will eventually die.

Each death brings The Flock closer to its goal – once the 215,358,979 mark is reached, new players won’t be able to acquire and play the game. The universe will shift towards its final phase.

Dutch studio Vogelsap, the developer behind The Flock, sets an unique challenge for players, and creative director Jeroen Van Hasselt thinks that inserting a story in a multiplayer game, particularly its ending, will please gamers who are unsatisfied of the current industry standard.

Players will play as one of the Flock, which Jeroen describes as ” a hideous race of skeletal beasts”. The Flock have taken control of Earth after humans went extinct.

The counter mark that foretells the end of phase one may seem completely made up, but Vogelsap assures us that they have taken into account how many players might end up playing The Flock, and other undisclosed factors.

Their goal is to make gamers play The Flock a reasonable amount of time, in order for them to fall in love with the universe, and its characters, but at the same time, they don’t want to beat a dead horse to the pulp.

They estimate that the game will run its course within a year, afterwards phase 2 can begin. 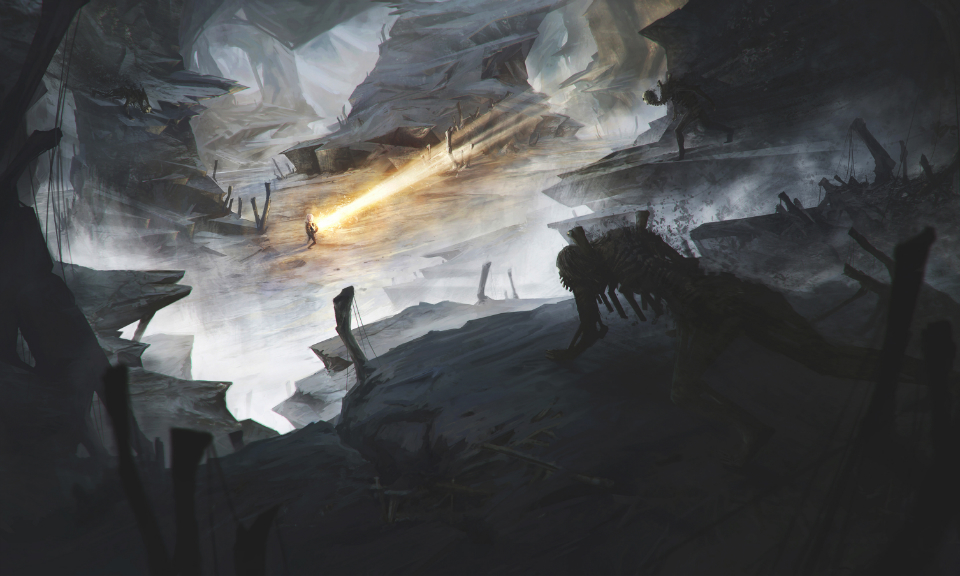 But Jeroen notes that its up to players when the last phase of the game will start – it could be a year, it could be more, but in no case it will be less than 12 months.

Van Hasselt wished to say that they won’t add to the population counter unless the game is also released on Xbox One, or PlayStation 4.

It  wants to rise up to the likes of Destiny, and World of Warcraft, but there’s an avalanche of failed video-games that sought to reach a high-peak, only to end up seeing the top from the base of the mountain. This may well be the fate of The Flock, but we are rooting for them!

The rather unknown, and small studio realizes that gamers won’t be playing their game year-in, year-out, and they say that they would rather have players experience an exciting video-game for a couple of years, than pump it with futile expansions, and hats.