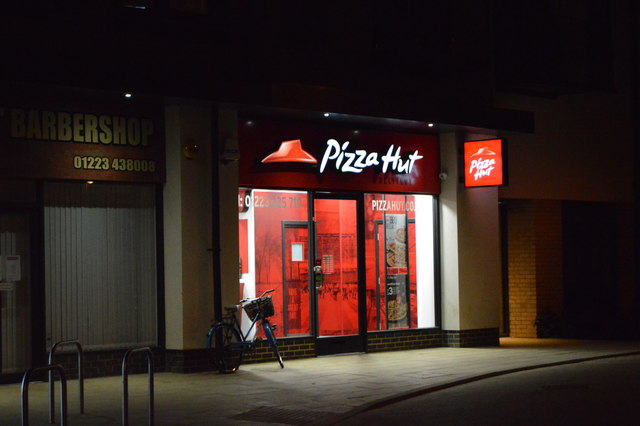 On Wednesday, the North Carolina authorities had a rather a bizarre case to tackle. Claiming he was Jesus Christ returning to Earth, a 46-year-old man from North Carolina broke into a Pizza Hut restaurant and nearly emptied the Mountain Dew dispensers.

However unlikely it might sound, on Wednesday, at approximately 4:30 a.m., the North Carolina deputies were summoned to the High Point Pizza Hut to witness a strange miracle – Jesus Christ was standing, right there, in the middle of the restaurant, munching on pizza and chugging rivers of Mountain Dew.

The authorities who arrived at the location discovered a 46-year-old individual, later identified as Richard Lee Quintero. According to the restaurant’s employee, Quintero simply broke into the restaurant, and informed everyone, in the most conceivably casual way that he’s Jesus Christ and that he broke the window.

More than that, the half-crazed man said that there’s nothing wrong with the idea of Jesus Christ entering the restaurant and breaking a window. When he was confronted by one of the employees about what he was doing there, the man simply replied that he just sat down to eat a slice or two of pizza and drink some Mountain Dew.

The North Carolina version of Messiah didn’t seem too bothered by the sheriff’s deputies coming in and heading towards him. Reportedly, the man told the authorities that he was fed up with all the Judases in the world and that he hates everyone being mean to him on account of his schizophrenia.

After spending some time talking to the suspect, the authorities arrested the 46-year-old man and charged him with petty larceny and breaking and entering. The suspect was booked into county jail with no bail.