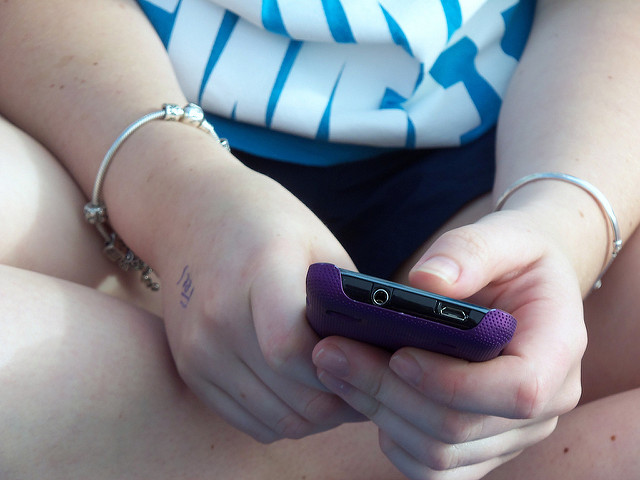 The Clovis father cooked up a plan to ensnare his daughter’s ‘friend.’

Because no ‘good’ deed should go unpunished, we give you the story of a Clovis father who publicly shamed a sexual predator before calling the authorities. The man’s tale, which was posted on his Facebook account, was accompanied by a clip of him confronting the aggressor.

Clovis Father Had no Idea Where His Daughter Got Her Cell

Todd Thomas, a Clovis father, should be considered a model parent for the way he managed to rescue her teenage daughter from a life of sexual servitude.

During a recent interview, the man recalled how he managed to uncover the identity of the individual who wanted to take advantage of his teenaged daughter.

According to Thomas, it all started in March 2017 when he went to check up on his daughter. Upon entering her bedroom, the man saw that the teen fell asleep with a cellphone in hand.

Thomas told the reporters that he doesn’t allow her daughter to own a cell phone because he believes that the electronic devices are more addictive than heroin.

Intrigued, the man picked up the phone and started perusing its contents. He was mortified to discover that an individual, who apparently liked to be called “Sugar Daddy” or “Master” was sending sexually explicit messages to his teenage daughter.

Since revenge is a dish best served called, the Clovis father texted “Master” from his daughter’s phone and asked to meet him in a park. But he didn’t come alone.

Thomas asked a close friend to come with him in order to tape the whole encounter. Upon arriving at the park, Thomas met his daughter’s friend, later identified as 42-year-old Hugo Rabson.

After a short ‘talk,’ Thomas and his friend tackled Rabson and gift wrapped him for the authorities.