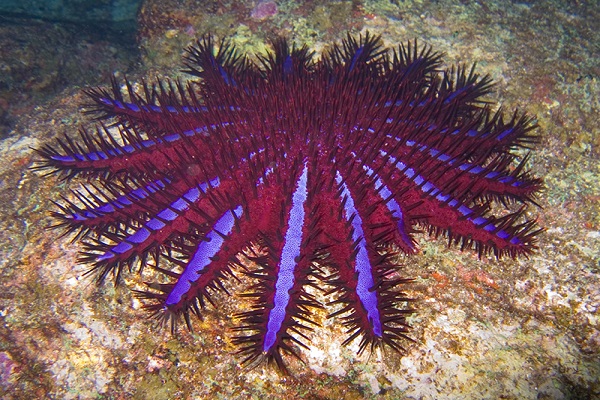 The giant sea snail might start being used to stop the spread of crown of thorns starfish across the Great Barrier Reef.

When people think of a hero, the first image conjure is very rarely that of an invertebrate. However, one species of giant sea snail might change that perception, at least in Australia. The giant Triton sea snail, a species which can grow over half a meter in length, is currently being closely studied by the Australian government. This believes that the species might help stem the growth of the crown-of-thorns starfish. These latter are threatening and might contribute to the destruction of the iconic Great Barrier Reef.

The starfish has seen its numbers swell to unsustainable levels in recent years due to a variety of ecological factors. This species is known to feed on living corals. Their actual impact, however, was largely overlooked until a 2012 study of the Great Barrier Reef. This found that not only had coral growth halved in recent years, but that crown-of-thorns starfish may actually be responsible for nearly 42 percent of the damage.

So here enter this giant sea snail species. These massive mollusks, it seems, have quite an appetite for the ravenous starfish. The sea snails are seemingly capable of hunting them down on scent alone. According to reports, this gave the Australian government an idea. Rather than attempt to release human-made measures like poisons or hunters to eliminate the starfish, they decided it might be more ecologically sound to „encourage” and let the snails save the reef.

Unfortunately, however, it appears that giant sea snails are so rare that relatively little is known about them. The biologists conducting and part of the study are really only guessing and hoping that their plan will work.

Whether or not the giant triton sea snail can actually do the job assigned to them remains to be seen. Still, ecologists around the world remain hopeful. Saving the Great Barrier Reef is one of the top priorities for marine ecologists across the globe and especially in Australia.