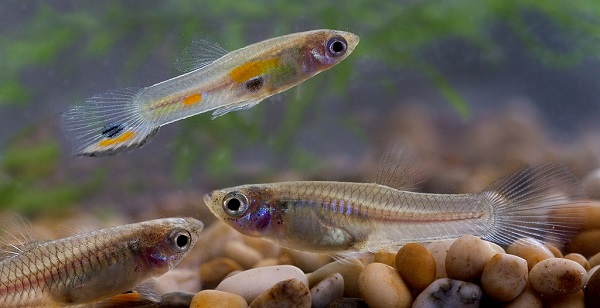 Each individual guppy reacts differently in a stressful situation

Scientists have been asking themselves quite an unusual question about fish, and have long been debating if these creatures are actually capable of exhibiting any feelings. Recent researches have shown that they have interesting behaviors, and individuals benefit from quite complex personalities.

How uniform are the behaviors of guppies?

A recent study, published in the journal Functional Ecology, analyzed a group of Trinidadian guppies, and looked at the behavior of each fish to see if they have different personality traits. Then, they put these fish under pressure and looked at their reactions. The observations concluded that each individual could react differently, serving as evidence for their complex personalities.

The Trinidadian guppies were put in different situations which involved stress. One of them involved an open-field trial, with milder stress levels, and two others included simulations of attacks, which caused more extreme stress. Then, according to the behavior of each individual fish, researchers characterized them as being more prone to risks, or more careful.

These specimens have complex personalities, which vary from individual to individual

The assumption was that guppies exhibit simple behaviors in stressful situations. However, the variety of their strategies showed how they are complex beings. Some of them try to run away from danger, while others choose to remain in the area and just hide. Other are cautious from the beginning, and explore the surroundings with better care.

Researchers tested different stressful situations on the guppies, some of them being milder, while others being a lot more intense. Even so, the differences between them remained prominent. Each individual had its own way of coping, and each of these ways was different from more points of view.

Now, researchers want to find out what is the secret of such varied behaviors from one individual to another, across the same species. Also, they will continue assessing other specific traits, and see in what manner they are different, and how they are influenced.
Image Source: Wikimedia Commons