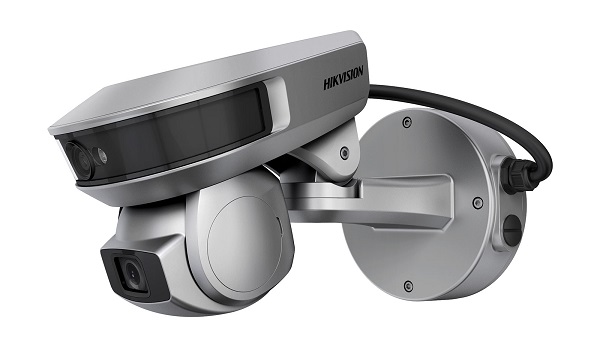 Movidius has recently announced that they will bring their artificial intelligence and computer vision technology to a new generation of security cameras. The company will only contribute the AI software to the cameras produced by Hikvision, one of the largest sellers of online security cameras.

Movidius is a well-known AI technology firm which has developed the Myriad chip which is used to power the spatial awareness of Google’s VR headset among other Project Tango devices, as well as in the DJI’s Phantom 4 Drone, in which it provides the sense and avoid features. The company has recently been bought by Intel and they promise to bring the AI-enhanced technology to the Hikvision security cameras.

What makes Movidius’ Myriad chip so amazing is the fact that it can perform deep learning techniques to avoid overwhelming the small batteries and processors found on mobile devices. This is quite an improvement in bringing deep learning to mobile devices despite the technology requiring a lot of onboard or cloud processing power.

The company is focused on computer vision, so much so that they’ve dubbed the Myriad chip a vision processing unit (VPU). This means that a lot of image analysis and processing can be done by the device without a lot of useless information being transmitted back. A Myriad-equipped smart security camera can transmit only short clips of the video when it detects a problem or a threat.

Hikivision security cameras claim to have achieved a 99 percent accuracy in identifying car models, spotting suspicious baggage, detecting intruders, spot drivers who are texting, and more. The new Myriad VPU chip will include all these functions in the camera itself while managing to reduce the number of false alarms.  Movidius also claims that their technology uses 10,000 times less internet bandwidth and even decreases the latency by 1,000 times.

Although this new technology for security cameras can prove to be extremely beneficial to law enforcement, it can also be an intrusive instrument in people’s life. It can also be used for an accurate and autonomous mass surveillance of a population by a government. It remains to be seen how will this technology actually be used.

What do you think about these new smart security cameras?