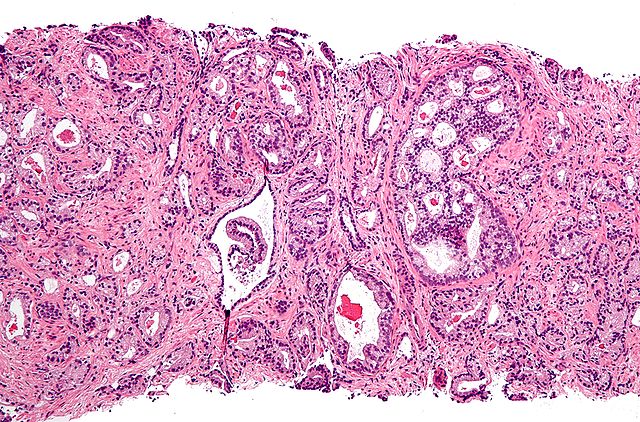 Study finds that prostate cancer biopsies can be avoided thanks to MRI scans.

Prostate cancer has been usually diagnosed after a doctor performs a biopsy on the patient. However, this procedure is invasive and poses several potential dangers. A new study has found that using MRI scan enables doctors to detect the prostate cancer without the need for a biopsy.

The study has found that 27 percent of with potential prostate cancer can avoid a dangerous biopsy by first having an MRI scan, which leads to improved diagnosis and spares men from undergoing the painful process if they do not have an aggressive type of cancer. Furthermore, the study also found that performing an MRI scan also reduces the number of men who are diagnosed with a benign type of cancer by 5 percent.

Doctors usually perform a biopsy on patients who experience either the symptoms of prostate cancer or if they have the prostate specific antigen (PSA) revealed during a blood test. However, the PSA test isn’t always accurate, and in many cases, the patients are required to undergo the painful procedure. Furthermore, not even the biopsy is definitive due to the fact that prostate cancer can have either aggressive or harmless forms, and the procedure takes tissue samples at random.

This leads to patients with benign cancer to be treated for the disease, which adds nothing to their survival rate. However, the findings of the study promise to change the way the disease is commonly diagnosed by using MRI scans.

The study, published in the journal The Lancet on Friday, reveals that doctors who performed an MRI scan managed to diagnose 93 percent of all aggressive cancer cases, while the biopsy which consists in a probe guided by ultrasound being inserted into the rectum only correctly diagnosed 48 percent. However, an MRI scans can be more expensive as it costs $400 for a scan and can only be performed by a radiologist, not to mention that MRI machines are not readily available in all hospitals.

For their study, the researchers gathered 576 participants suspected of having prostate cancer. They were required to undergo both an MRI scan as well as two type of biopsies.

What do you think about the findings of the study? Did you ever receive a biopsy for this type of cancer?