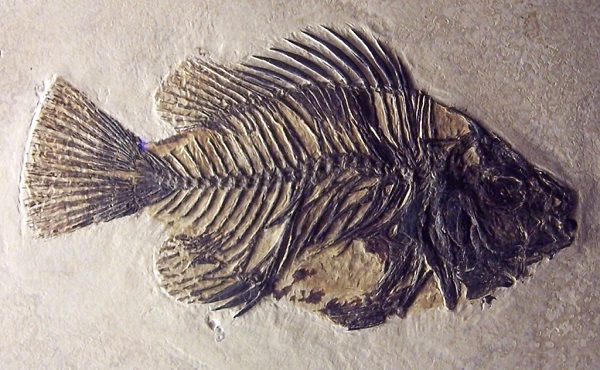 The fossil of a massive toothy fish is offering a new look at marine predators and their evolution.

Scientists recently started analyzing the fossil of a previously unknown fish species, one whose specimens were massive toothy fish with eating habits and an appearance resembling modern-day sharks.

The fossil was detected in northeastern Nevada and is some 5.9 feet long. This bony fish had long jaws filled with sharp teeth. Its dentures suggest that the species could quite easily chomp down on its prey and then swallow it whole, just like sharks are known for doing.

A team of Swiss and US researchers studied this strange fish fossil discovered in Elko County, Nevada. Belonging to a previously unknown species, this was then named the Birgeria americana. This fish is believed to have swum in the waters of the sea that once covered our modern-day Nevada and the surrounding states for about 1 million years following the mass extinction event from 252 million years ago.

“The surprising find from Elko County in northeastern Nevada is one of the most completely preserved vertebrate remains from this time period ever discovered in the United States,” states Carlo Romano of the University of Zurich, the lead author.

The discovered fossil is just 0.85 feet and is a partial skull fragment. This displays three parallel rows of teeth on the exterior and a smaller set on the interior. The outer teeth are up to 2 centimeters long.

According to the study team, this massive toothy fish probably hunted prey just like a shark. It possibly pursued its prey before chomping down on it and swallowing it whole.

The species is also believed to predate the famed Ichthyosaur by more than 30 million years. Discovering this fish fossil was deemed crucial by the researchers as it offers a new look at the evolution of large predators after the mass extinction event mentioned above.

A paper released in the Journal of Paleontology holds further details on the matter. For example, the study showed that a massive fish was capable of surviving in waters previously deemed to have been too warm for it.

The mass extinction event from 252 million years ago is estimated to have wiped out around 90 percent of all marine animals.