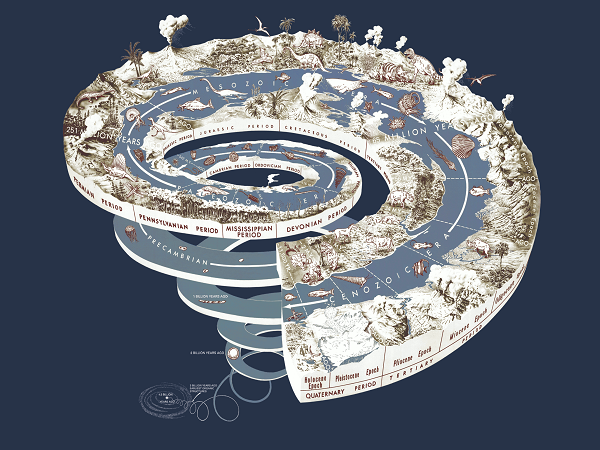 A team of paleontologists discovered over 500 million years old fossils which revealed themselves to be the first creatures capable of moving around on their own. This makes them an important piece in the theory of the human and animal evolution timeline.

The University of Manchester group of researchers behind the discovery revealed that they found these fossils in Brazil. Dating the fossilized remains showed them to go back to the period known as the Ediacaran-Cambrian transition. During this meeting point period, science considers that there was an ‘explosion’ of life on Earth as a great variety of creatures emerged at once.

The oldest examples of bilaterian animals also go back to this same transition point. Bilaterians are animals which have a body that can be divided into a top and a bottom. Also, in a left and a right side, a front and back one.

These recently discovered over 500 million years old fossils were noted to trace back to even earlier than any of the currently known bilaterians.

The creatures were discovered thanks to the burrowed traces they left in the rocks. According to reports, these were just ‘a fraction of an inch in diameter’ or somewhere between 0.002 and 0.0024 inches. Based on this, the university team determined that the creatures to leave these tracks “were similar in size to a human hair”.

They consider that these organisms left behind the burrows as they dug through the sediment layers. The creatures were likely comparable to the present-day roundworms, believes the team.

Such organisms would have propelled themselves through undulating locomotion or the wave-like movement of their body. This also places them in the complex animals class, as they were able to move themselves.

“Our new fossils show that complex animals with muscle control were around approximately 550 million years ago, and they may have been overlooked previously because they are so tiny,” states Luke Parry, the study lead author, part of the University of Bristol.

The team studied the fossils by creating a 3D model of the rocks containing them through X-ray images. This way, they were able to take a closer look at the creatures without damaging them.

Study findings are available in the journal Nature Ecology & Evolution.