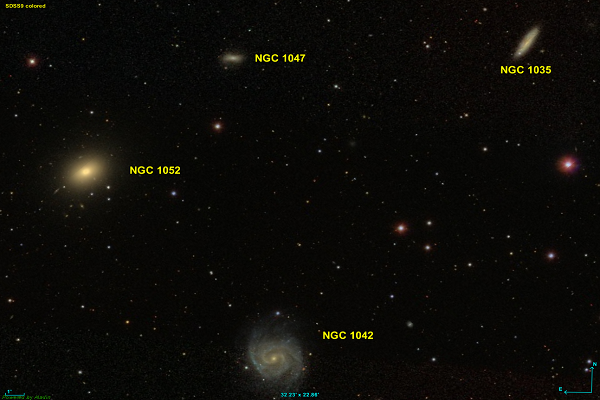 Scientists claim to have found a so-called impossible galaxy, one without dark matter.

Astronomers have discovered that the NGC1051-DF2 galaxy has no dark matter, but they do not understand why. Traditionally, it was believed that every galaxy had to have some, even though researchers could not see it. Yale professor Pieter van Dokkum says that this discovery was highly unexpected.

Why Scientists are Calling NGC1051-DF2 the Impossible Galaxy

The unseen matter that makes up about 80 percent of our universe cannot be observed. However, its existence can be recorded through gravitational lensing.

NGC1051-DF2, the so-called impossible galaxy, is located about 65 million away, and it only has about 0.5 percent of the stars found in the Milky Way. This galaxy was discovered by the Dragonfly Telephoto Array located in New Mexico.

Scientists point out that the stars in this galaxy that moves very slowly account for almost all of its weight. This leaves no room for dark matter and further confirms what scientists believe to have discovered.

While researchers are at a loss to thoroughly explain why the impossible galaxy has no dark matter, they have come up with a plausible theory. This points out that this galaxy sits next to the NGC 1052 galaxy. As such, some believe that the NGC1051-DF2 galaxy may have formed in a cloud sent off by this latter, larger galaxy.

Peter van Dokkum says that this discovery calls into question many things that astronomers previously thought they knew about how galaxies were formed.

Up until this finding, astronomers believed that galaxies started off their life as dark matter. Then, gas was thought to fall into its halos before eventually becoming stars. Now, scientists are not as sure about how galaxies come to exist.

While some specialists are perplexed by this impossible galaxy without dark matter, others are raising questions about what this means in relation to well-known theories surrounding things such as gravity.

As it is, this discovery will likely continue causing debates for many years to come. Current study findings are available in a paper in the journal Nature.