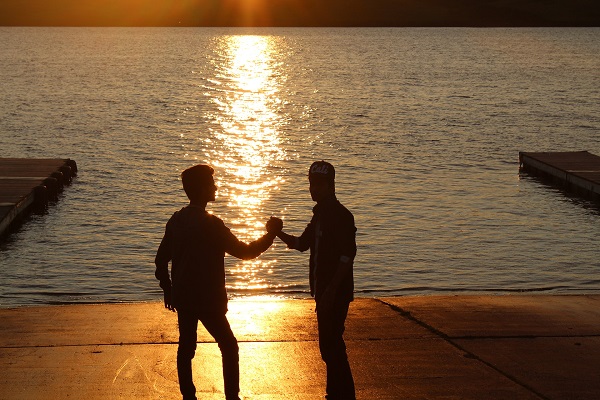 Brain scans can accurately show just how much you and your best friend are on the same wavelength, a new study revealed. According to a study, published in the journal, Nature Communications, brain waves of close friends line up when they are shown clips pertaining to a wide range of subjects. More so, researchers claim that neural activity can be measured to classify one’s closeness to their companion.

The study was conducted by social psychologist, Carolyn Parkinson of UCLA and his colleagues. They noticed that friends’ brain waves matched when watching various video clips.

“Neural responses to dynamic, naturalistic stimuli, like videos, can give us a window into people’s unconstrained, spontaneous thought processes as they unfold,” notes Professor Parkinson, who led the study.

To reach this conclusion, Parkinson and his team studied the friendship or social ties of nearly 280 graduate students. 42 participants were asked to watch a series of videos while their brain activity was recorded by a magnetic resonance imaging scanner (MRI). The videos covered a range of subjects, including politics, comedy, music videos, and science. Each student watched the clips in the same order. The researchers then compared the neural responses of various pairs across the set of participants to establish which of them were best friends and which were removed from each other within their social network.

MRI scan similarity was found to be strongest among friends, this pattern being present across brain regions involved in high-level reasoning, emotional responding, and directing one’s attention. In order to be certain of the results, researchers introduced variables such as being left-handed or right-handed, age, gender, ethnicity, and nationality. Even with these factors taken into account, the results still pointed to strong mental similarities between best friends. The scientists claim that this brain scanning process can also predict the social distance between two people.