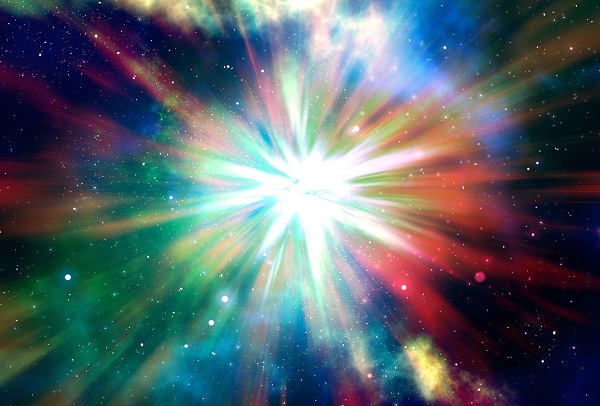 Stephen Hawking believes that the Big Bang also gave birth to time as we know it.

Every galaxy in this whole universe can be traced back to a single event that is believed to have sprung everything into existence. This event, called The Big Bang, was an explosion that scientists believe took place 13.8 billion years ago, a feat so powerful and so massive that is set the universe in motion. However, many still wonder what the actual ingredient was that allowed for such an event to transpire. Was it God, or was it merely chaos changing its name to existence?

Renowned physicist, Stephen Hawking, believes he may know what existed before the Big Bang and the answer, like the mysterious event, is overwhelming and underwhelming at the same time. The answer was revealed to another celebrated physicist, Neil deGrasse Tyson, on the Star Talk show.

Hawking thinks that it wasn’t the Big Bang that caused something to be created out of nothing. The physicist claimed that there has “always been something” behind the Big Bang, but from the point of view of humanity, that something would equal nothing.

Hawking said that anything that existed prior to our universe has no role to play in everything that came after, and thus it could be left out of any theories that could explain our observations.

He believes that at the moment of the Big Bang there was a singularity where all the laws of physics “were broken down”.

“The universe will evolve from the Big Bang, completely independently of what it was like before,” Hawking said.

He also suggested that the beginning of the universe had “imaginary time” and to understand this, Hawking, said to imagine time as a horizontal line. The past is on the left of the line and the future is on the right. While doing so, add a vertical line to the mix and that becomes imaginary time. Hawking said that this time is not the “kind of time we normally experience” and the four-dimensional “Euclidean space-time” it would create with the three dimensions of space would be almost impossible for anyone to imagine.

Time as we know it began at the Big Bang, and this event was determined by the state of the universe in imaginary time when the event took place.