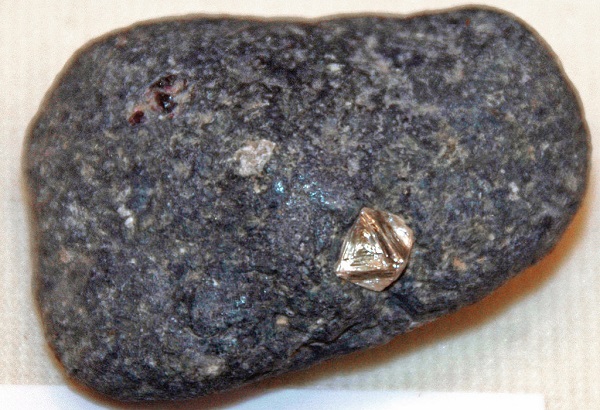 A diamond study revealed that the Earth’s lower mantle may contain water,

Our planet’s life force, water, may be more common than expected. Researchers of a new study have found evidence that water exists deep within Earth’s mantle, approaching 640 kilometers and possibly beyond. This was seemingly confirmed after scientists examined a number of diamonds from around the world.

To reach this conclusion, researchers analyzed diamond samples from locations in Africa and China using a number of techniques, including the use of infrared light at the US Department of Energy’s Lawrence Berkeley National Laboratory.

The study, published in the journal, Science, looked at microscopic pockets of a trapped form of crystallized water molecules taken from the aforementioned diamonds. These traces of crystallized water, trapped in spaces known as inclusions, measure just a few microns in length and contain the molecular signature of ice VII. Researchers believe that this form of water sprung into existence after liquid water was subjected at very high pressures. The structure and chemical techniques of the crystallized water helped the researchers to determine the pressures and temperatures at which the diamonds were created. This also allowed them to estimate the depths of the diamonds’ formation.

According to the study, the diamonds appeared to originate from deep inside the Earth, within the transition zone located between Earth’s upper and lower mantles.

Researchers found that some of the inclusions likely developed from fluid existing at depths of 402 km to 547 km beneath our planet’s surface. However, some diamonds seem to point to an even deeper point of origin, ranging from 610 to 800 km in depth, possibly within Earth’s “shallow” lower mantle.

“It’s not just a curiosity to have a diamond residing deep in Earth’s mantle- this is direct evidence for aqueous fluid in the deep Earth,” said the study’s lead author, Oliver Tschauner, a professor at the University of Nevada, Las Vegas.