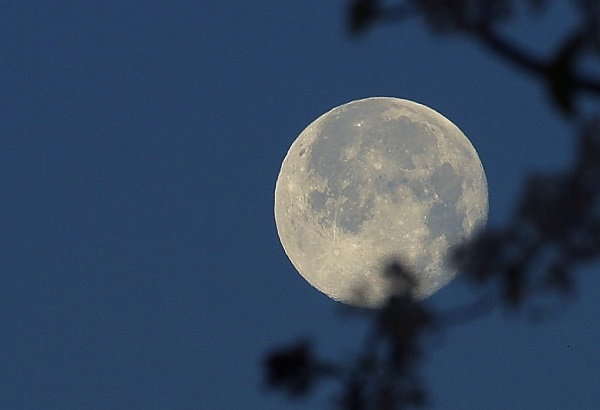 Data from NASA’s Lunar Reconnaissance Orbiter and from India’s first lunar mission, Chandrayaan-1, revealed that the moon’s water is widely distributed across the lunar surface, and not limited to certain regions. The findings may help figure out the origin of the Moon’s water and may, in turn, provide future manned missions to the moon with a valuable resource.

The recent findings would contradict previous studies where it was suggested that more water could be found at the moon’s polar latitudes. These studies also theorized that the strength of the water is affected by the lunar day, which is 29.5 Earth days.

“We find that it doesn’t matter what time of day or which latitude we look at, the signal indicating water always seems to be present,” said Joshua Bandfield, a senior researcher at the Space Science Institute in Boulder, Colorado, and one of the authors of the study that details the findings.

According to the study, if the moon contains enough water, future lunar explorers could use it as drinking water or convert it into hydrogen and oxygen for rocket fuel or oxygen. However, the lunar water is not the same as the one we are familiar with here on Earth.

The finding of widespread and immovable water on the moon suggests that it exists mainly as hydroxyl, or HO, a reactive relative to H20, Earth’s water. Hydroxyl can’t exist on its own for long as it can attach itself to other molecules. This would mean, that future astronauts on the moon would have to extract the water from minerals before using it.

Researchers also noticed that the lunar water does not move between regions, nor is it loosely attached to the surface.

Further research needs to be conducted as to provide an accurate answer for the lunar water actually comes from. LRO project scientist, John Keller of NASA’s Goddard Space Flight Center, said that such a conclusion can only be achieved by “drawing on multiple resources from different missions”.

The study was published in the journal, Nature Geoscience.