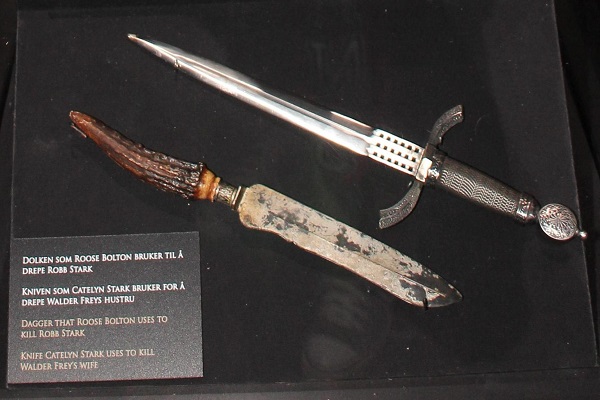 New Game of Thrones theories emerge with each new episode, and this one was no exception.

There are quite a lot of Game of Thrones theories out there, and quite a few have been proven to be true both in past seasons and in the current one as well. Attention! Spoilers for episode 4 will follow!

But after episode 4’s epic dragon battle, there are a few more theories that may be addressed in the new episodes. Some of them are specifically about Bran Stark (Issac Hempstead-Wright) and others about Jamie Lannister (Nikolaj Coster-Waldau).

At the end of episode 4, Jaime Lannister was last seen floating in a deep pond after a failed attempt to take Daenerys out. Some feared he might die then and there. But given how important he is as a character, some consider this to be quite unlikely. So what will happen to the golden Lannister? Since the next episode shows Daenerys (Emilia Clarke) in front of the Lannister army, it is presumed that she will take the surviving army and also capture Jaime too.

If this does happen, some are wondering whether this will this put Jamie Lannister on the path to killing Cersei (played by Lena Hedley). Jaime being the one to kill his sister has been theorized for quite a while. Maggy the Frog predicted that Cersei would die at the hands of her younger brother, which Jaime is considered to be.

There are hints in the new episode trailer that Bran and Jon Snow (Kit Harrington) have been communicating via raven. He might also have very well told Jon about his parentage. But the trailer also reveals that Bran knows that the White Walkers are getting closer. As he was branded by the Night King last year, will he be the one to let them in? Or could he be the key to rescuing everyone?

Bran Stark is also the Three-Eyed Raven, so many are expecting exciting reveals and tactical moves from him. Perhaps giving Arya the Valyrian steel dagger is one of them? Another of the Game of Thrones theories states that he is also Bran the Builder. Fans came to this idea because of his ability to move through time. Did he build the wall 8,000 years ago to keep the White Walkers out?

“Chaos is a ladder.”
Check out the dagger featured in this #GoTS7 #ThronesThrowback scene in “The Spoils of War”: https://t.co/ORFiLnoafp pic.twitter.com/OJOaY4xdIn

We’ll have to keep watching to find out. But one thing is for certain. Things are about to go down!