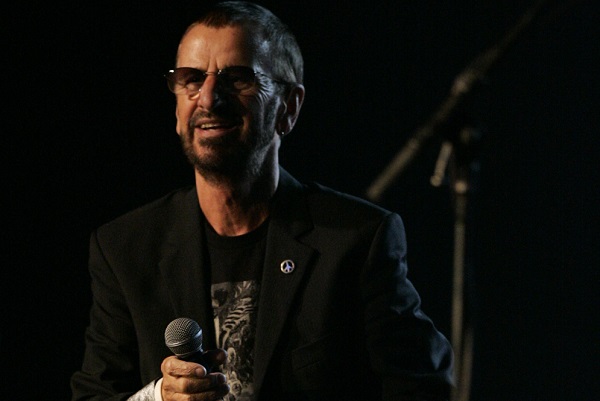 Prince William knighted The Beatles’ Richard Starkey, better known as Ringo Starr, at a UK ceremony. The former Beatles member was rewarded for his services to music after a career of more than 50 years. Starr is the second band member to be knighted, the first one being Paul McCartney.

The ceremony was held at the Buckingham Palace in London on Tuesday. Prince William stood in for his grandmother, 91-year-old Queen Elizabeth, who is best known for handing out such distinctions.

After receiving the honor, Starr, 77, admitted that he felt a “bit shaky today on my own”  without his bandmates. The Beatles drum player then joked that he would be wearing the medal at breakfast.

Starr’s bandmate and friend Sir Paul was knighted in 1997. The two other members of the Beatles, George Harrison and John Lennon, passed away before they could receive the same honors.

The recently-appointed Knight Commander of the Order of the British Empire will now join a hefty list of British musical legends including, Elton John, Rod Stewart, and Mick Jagger, all of whom now have “Sir” as their title.

A picture of the ceremony was posted on Twitter by Ringo’s representatives on Tuesday. Starr can be seen with his wife, actress Barbara Bach, posing happily outside Buckingham Palace with the drummer giving his trademark peace sign salute.

Ringo Starr told the BBC that he was honored to receive the title.

“It means a lot actually. It means recognition for the things we’ve done. I was really pleased to accept this.” He said.