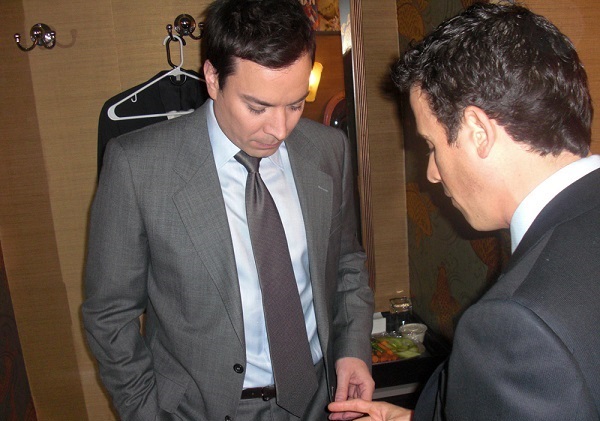 The Tonight Show starring Jimmy Fallon will not be airing this week due to the death of the host’s mother, Gloria Fallon. Tapings were scheduled for the week of November 6-10. Reruns will replace them instead during that period. A person close to Fallon said the mother was ill and in a hospital at the time of the show’s cancellation.

Variety reported on Friday that NBC canceled the show’s taping for an unspecified family matter on Fallon’s behalf.

E! News confirms that Jimmy Fallon’s mother, Gloria Fallon passed away on Saturday at the age of 68. A representative of Fallon states the host was at his mother’s bedside along with her loved ones when she passed away at Langone Medical Center in New York.

While much of Jimmy Fallon’s life is private, it was obvious the host had a good relationship with his mother. In one segment of the show called #MomQuotes, Fallon reminisces about touching memories the two shared.

„My mom and I were talking on the phone for the third time that day, and she said ’We don’t talk enough’” the host tweeted.

In an interview with Howard Stone for The Howard Stern Show, the comedian and host talked about his mom, stating that she once was a nun for one week before deciding to quit. In the same interview, he shared how his parents met in high school and grew up together.

In a 2004 article for a New York magazine, Jimmy Fallon said how his mother would not be allowed to leave her stoop and how his father was part of a doo-wop group while in Vietnam.

The people and NBC extended their condolences to Fallon and his family for the loss.