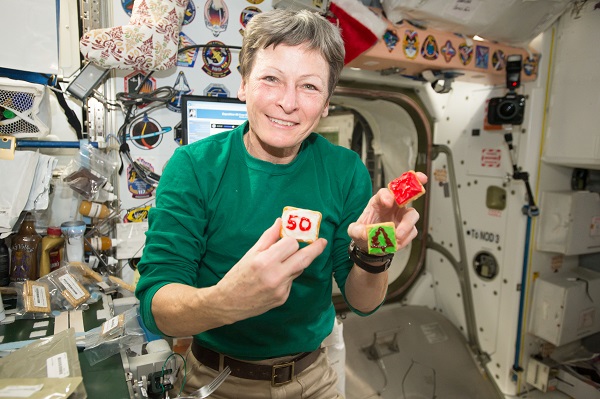 NASA announced earlier this week that Peggy Whitson will be spending three more months in space.

NASA announced earlier this week that Peggy Whitson, the famed female astronaut, has decided to extend her time in space. By doing so, she will be breaking yet another record and also bringing her contribution to Expedition 52 by rounding the mission complement.

Peggy Whitson Already Holds Several Space Records, And She Will Be Adding Even More

Presently, Peggy Whitson is the only female aboard the International Space Station or ISS. She has been there ever since November 17th, and her stay was close to coming to an end. Whitson already has over 370 days up in space under her belt.

Following her additional three months stay, she will be breaking yet another record. The astronaut will be surpassing Jeff Williams’s United States milestone of 534 cumulative days spent up in space. Whitson will also be the first woman to command the ISS twice. She was first in charge of the station back in 2008. Just recently, she also became the female astronaut to complete the most spacewalks.

Following the 3 months extension, Whitson will only return to Earth in September 2017. Her additional stay in space came as an effect of Russia’s decision to temporarily reduce its crew by 2. As such, the female astronaut will be rounding up the station’s 6-crew complement. This will help increase the general amount of time for the astronauts. During such periods, they will be able to carry out more experiments.

Whitson herself expressed her excitement at being offered the chance to extend her stay aboard the station. She stated as follows:

“Living and working aboard the space station is where I feel like I make the greatest contribution, […].”

Whitson also stated that she is trying to get the most out of her every stay up in space as she loves being there. These additional three months are reportedly just what she ‘would wish for.’