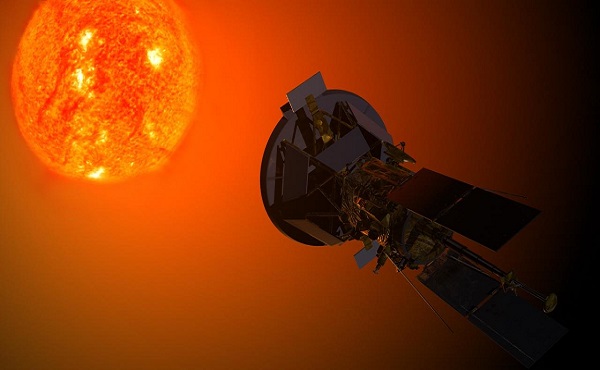 NASA will be making a ‘big announcement’ about its upcoming Solar Probe Plus mission targeting the sun.

Extending its eye of exploration inward, NASA is ready to make a big announcement on May 31 regarding its new mission to explore the sun. The recently designed Solar Probe Plus will be launched in the summer of 2018 to examine the heart of our solar system. It will come closer to the star than any spacecraft launched before, approaching to within four million miles. That is well inside Mercury’s orbital distance, and it will be a part of space never before explored by humanity.

The Solar Probe Plus, Closer To the Sun Than Ever Before

The corona of the sun is the last area of the solar system to which NASA has yet to send a targeted probe. Some scientists consider it more important than most, as the activity of solar storms has a direct impact on our own planet’s ecosystem, not to mention our technology.A massive solar flare could send an electromagnetic pulse toward Earth, capable of knocking out satellites and affecting weather patterns. Some estimate that the damage could reach $2 trillion. Also, power could be knocked out in some areas for nearly a year. This probe will be specifically looking at just those solar weather patterns, and many other things happening within the corona.

The new spacecraft itself will require some specialized engineering to complete its mission. It is destined for places with immense heat and radiation values. The temperature alone will be around 2,500 degrees Fahrenheit. Radiation in multiple bands will also be present, causing difficulties for sensors and transmitters alike.

The primary source of protection will be an 11.43 cm thick carbon-composite shield. NASA engineers believe this will be enough to protect the instruments but still allow them to transmit collected data back home.

This big announcement is probably just the beginning. The Solar Probe Plus is under construction now, with a launch window set for only 14 months away.