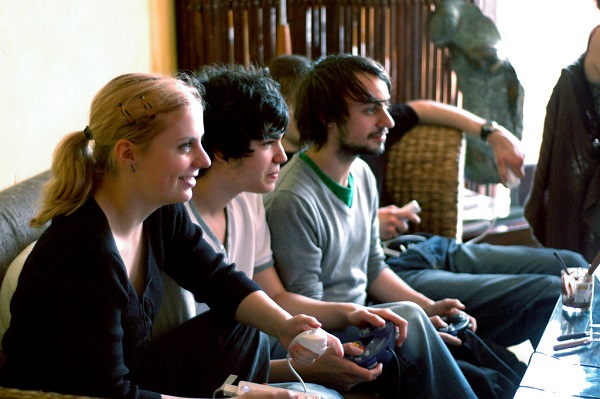 Research claims that playing video games for a moderate number of hours can improve and help develop academic skills.

A new study goes to contradict the common belief that playing video games, at least on a moderate scale, can impose on a student’s academic results. Research claims that such an activity can actually be helpful as it encourages the development of mental adaptability and also communication skills.

This study was conducted by researchers part of the University of Glasgow and led by Matthew Barr. Results are available in a paper in Computer & Education. Research involved the participation of 36 undergraduate students in Arts and Humanities. These were randomly split into units, one of which acted as a control group. Members of the other were asked to log in 120 minutes of play on a number of games.

These had to be achieved over a period of eight weeks, and in total represented 14 hours of gameplay. Participants were offered commercial titles, not targeted at developing skills or learning. The games included Warcraft III: Reign of Chaos, Lara Croft and the Guardian of Light, Minecraft, Borderlands 2, and others.

The study did not impose game hours or a specific number of minutes per day. Instead, they opened a drop-in basis game lab, open in between specific hours, on particular days. On them, the students could come in and play, but the time management was their own responsibility.

“This work demonstrates that playing commercial video games can have a positive effect on communication ability, adaptability, and resourcefulness in adult learners, suggesting that video games may have a role to play in higher education,” states Barr.

He adds that video games can actually have positive effects for their kids. Barr points out that these commercial video games can help develop and encourage critical thinking and reflective learning. They can also improve adaptability, communication, and problem solving, to state just a few.

The study underlines that this activity can be helpful with academics. But the gained qualities are also featured as desirable attributes and extra points in employability.