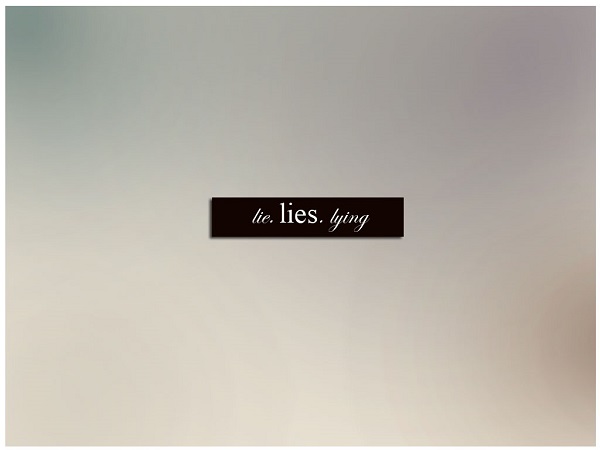 People with psychopathic traits seemingly find it easier to learn how to lie.

According to a new study, lying doesn’t come innately to people with psychopathic traits. Instead, they simply find it easier to lie after learning how to.

University of Hong Kong psychologists are behind this new research, which analyzed both the habit of lying and the ratio of rather psychopathic tendencies.

The study asked its participants to give a series of truthful or untruthful answers. They had to recognize, or not, the subjects in a collection of images. Readily established cues alerted them whether they should respond truthfully to each photograph.

All of the participants performed each of the tests twice. But in between testing, they were also taught how to lie more efficiently and believable.

The proxy for a participant’s ability to lie was their response time when issuing a false response, as prompted.

Psychopathic Traits Were Also Factored In

Before the study, the participants also underwent a series of personal tests. These showed that only those that presented psychopathic traits returned significant improvements in their ability to lie. After being taught how to lie better, their response time when giving false answers was significantly higher.

“The stark contrast between individuals with high and low levels of psychopathic traits in lying performance following two training sessions is remarkable, given that there were no significant differences in lying performance between the two groups prior to training,” stated Dr. Tatia Lee, a UHK cognitive scientist part of the study.

According to the research, people with psychopathic traits find it easier to lie after being trained how to. The team believes that the deceitfulness differences could be tied to brain processes and how they perceive untruthful data.

Lee stated that lying requires a series of specific processes in the brain. These include working memory, attention, conflict resolution, and inhibitory control. These seemed to be more reduced in people with high levels of psychopathic tendencies.

Those with low such traits found seemingly found it harder to suppress truthful data.

Study results can be accessed in the journal Translational Psychiatry.