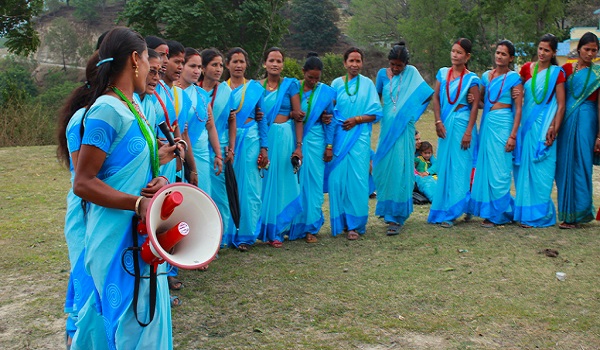 An 18 years old girl died after being bitten by a snake as was under chhaupadi.

An 18 years old girl original from a remote area of Nepal died after being bitten by a snake but not treated on time as she was under chhaupadi.

This is a tradition linked to Hinduism which holds that, while menstruating, women are impure. They are also believed to be a bad omen. As such, menstruating females are forced to leave their homes and go to a “menstruating hut” during this period of the month.

While it lasts, they are not allowed to enter their homes or even their courtyards. They also cannot take part in usual family activities.

Tulasi Shahi, the 18 years old girl in question, followed this tradition every month, as she went to stay in the shed in which her uncle tied up his cows. This time though, the young woman was bitten by a poisonous snake on Thursday night. Early Friday morning, she died as a result of the snakebite.

“She survived for seven hours after the snake bite but died because medical treatment was delayed” stated Surya Bahadur Shahi, the local mayor.

Reports state that, after being discovered, the girl was first taken to a shaman that failed to remove the poison. The delayed and possibly lacking help at a medical clinic came too late for Tulasi Shahi.

This latest unfortunate event tied to chhaupadi occurred in Dailekh, a district of Nepal. Another young woman because of the very same reason some six weeks ago. A 15 years old, living in another part of the country, is believed to have died because of smoke inhalation as she was in trying to light a fire in the menstruation hut.

The Supreme Court of Nepal already ordered an end to this tradition since back in 2005. However, this is still respected in some remote villages, reportedly particularly in the west of the country. A bill, still pending in the Parliament, is looking to formally criminalize the custom. International organizations are also trying to abolish the practice.

As they practice chhaupadi, women are exposed to a number of risks. These include the heat or cold, wild animals or intruders in the hut.