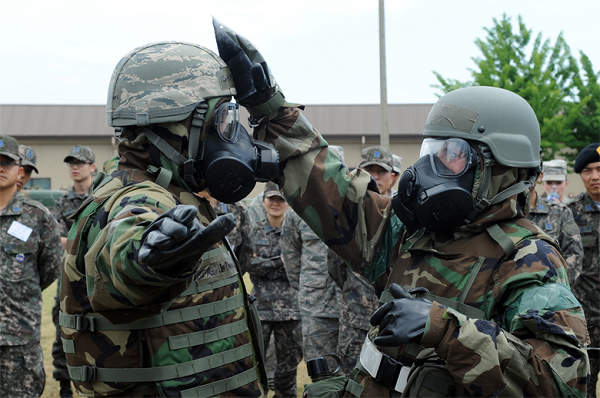 The White House released on Monday a report in which they state that North Korea is trying to upgrade its intercontinental ballistic missiles with biological weapons.

“North Korea- a country that starves its own people-has spent hundreds of millions of dollars on nuclear, chemical, and biological weapons that could threaten our homeland,” the document said.

This announcement seems to echo a similar claim from a South Korean intelligence source claiming that Pyongyang has tested loading anthrax onto its ICBMs.

Both South Korea and the U.S. have carried out joint military drills within a biological attack scenario. In addition, a Japanese newspaper states that U.S. troop stationed in South Korea have been vaccinated against anthrax for more than ten years.

The same newspaper claims that North Korea is currently conducting heat and pressure tests to see if the anthrax bacteria can survive the potential journey overseas. More so, Pyongyang has focused on making the anthrax bacteria resistant to re-entry into the Earth’s atmosphere, as the heat that would arise from the missile’s speed and altitude would be over 7 thousand degrees Celsius.

According to the report, North Korea has focused on adding biological weapons to its arsenal mainly because the nation is not yet confident that they have a nuclear warhead that could reach American soil.

As for North Korea’s version of the events, the nation has vehemently denied the White House report claiming that America has been trying to stir up a conflict ever since Donald Trump was elected president.

President Trump and North Korean dictator Kim Jong Un have been at odds both on the global stage as well as on social media, at least from Trump’s part. While Trump has antagonized the dictator calling him a “little rocket man”, Kim Jong Un has recently called the president a “coward” and sentenced him to death.