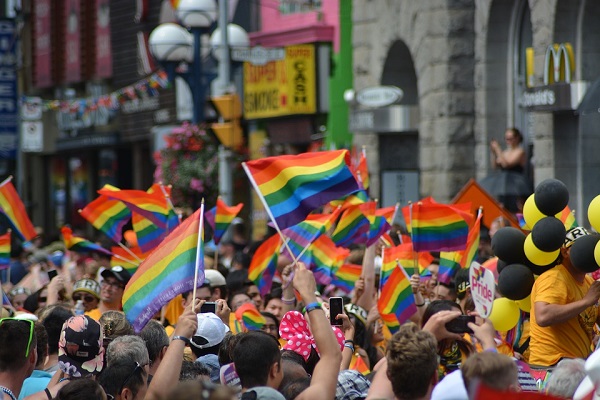 Last week, seven Egyptian people decided to raise some rainbow flags during a concert in Cairo. This turned out to be a bad decision, as the police decided to detain them for promoting ‘unnatural’ sexual behaviors. These people are currently under arrest, but they haven’t received an official accusation yet.

The Egyptian police came into the possession of some images taken during the concert of Mashrou’ Leila. The band’s singer, who is coming from Lebanon, is really open about his sexuality, and does not refrain from admitting he’s gay. Therefore, some fans decided to support him, and wave several rainbow flags during their concert in Cairo.

However, Egypt is not the right place to promote homosexuality. Although it is not strictly forbidden by law, gay people often avoid being open about their sexual orientation. If the police suspect some people of engaging on this kind of sexual relationships, they don’t hesitate to accuse them of immoral behavior or blasphemy, and arrest them.

Therefore, in a conservative regime like the one in Egypt, waving a few rainbow flags is a rare instance of support for the LGBT communities. Unfortunately, it is also an act which attracts attention and, automatically, police intervention.

The rainbow flag images ended up on social media, where they reached the eyes of several politicians. This led to them openly blaming them, and report the act to the authorities. Now, apart from arresting the people responsible with waving the rainbow flags, they want to ban the band from ever playing in Egypt again.

On the other side of the conflict, the LGBT supporters blame the attitude of the authorities. Although they saw this act as a direct attack on the country’s traditions, the feminist writer Mona Eltahawy finds it a bit extreme to arrest someone for waving rainbow flags. Also, arresting people for having a certain sexual orientation is a bit extreme.
Image Source: Max Pixel