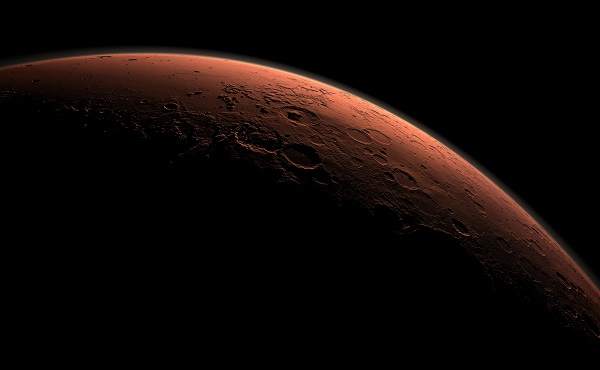 NASA recently captured some amazing photos of the stunning clouds on Mars.

They were cirrus clouds, similar to those found on Earth. While these are amazing pictures, they are also extremely rarely noticed on modern Mars. Likely, they were more common in the past, and this view of them might give science a clearer glimpse as to what this neighboring planet was once like.

The photos are rough, grainy, and in black and white. Still, they provide some of the eeriest images of atmospheric condensation NASA has received from the Red Planet until now.

They were taken on July 17, 2017, when the Navcam was pointed at the sky. This took eight snapshots as the clouds passed overhead. It then lowered its camera several degrees and took eight more photos as the ice vapor passed over a pair of rock outcroppings in the distance.

Photos taken later in the day showed no more clouds. Presently, these are the clearest images of such stunning clouds on Mars ever taken by Curiosity.

“It is likely that the clouds are composed of crystals of water ice that condense out onto dust grains where it is cold in the atmosphere,” stated John Moores of York University in Toronto, Canada.

Moores then explained that these “wisps” as the crystals fall and start evaporating is patterns that came to be known as “mare’s tails” or “fall streaks”.

“While the rover does not have a way to ascertain the altitude of these clouds, on Earth such clouds form at high altitude.”

Scientists believe that some billions of years ago, Mars had more water on its surface. It might have also had a thicker atmosphere. At that time, these clouds would have been far more widespread a sight as they were floating above the plains and mountains of the Red Planet.