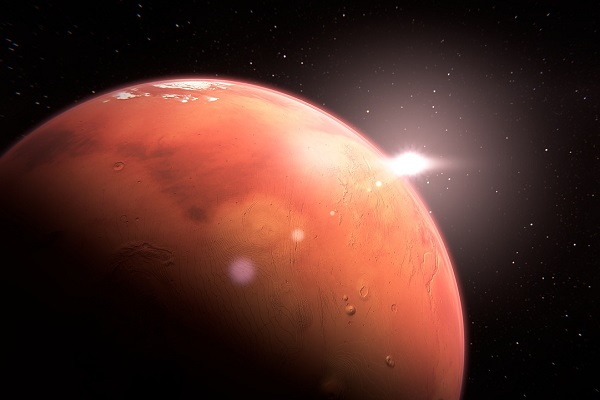 Scientists have been working on a map of Mars that shows the possible places for human settlements.

Lately, new technologies have joined the road to the eventual colonization of Mars. These most recent elements are a pair of advances in technology that will help settle on the Red Planet or at least try and do so.

The first one is an animated map of Mars’ surface created by ecologist Wieger Wamelink at Wageningen University This helps show factors that will be important for the location of a possible human colony.

The Two Projects that Helped Make the Map of Mars

Wageningen University and its “Food in Mars and Moon” project have been studying the soil of Mars since 2013. In doing so, scientists were eventually able to grow a variety of crops necessary for survival. These included tomatoes, carrots, and peas, among others.

This study helped provide some of the knowledge and experience necessary to put together a map of Mars. One that includes ratings of different minerals in the soil, climate, terrain, atmosphere, radiation, and nearby ice deposits. All of these elements must be suitable for crops to grow.

Interestingly, areas rated well for a possible human colony are places where Mars Rovers have often landed before.

The second technological advancement is a set of small, insect-sized mini-drones developed by NASA. These look like robot bees with cicada wings. They could be used for exploring the surface of the Red Planet and gathering samples.

The adorable tiny robot bees are aerodynamic and use a tiny fraction of the energy a rover does for exploration. This is mainly due to how their wings operate in Mars’ low gravity and thin atmosphere. The “Marsbees,” as they have been dubbed, are outfitted to gather samples of air. In doing so, they are searching for methane, a sign of life, on Mars.

The exploration of Mars seems looming, with some estimates projecting a human presence on the Red Planet as soon as the mid- to late-2020’s. Scientists and projects from all over the world are assisting in overcoming the many hurdles that might come with exploring and living on a planet so far from Earth.